Rasa - At least four civilians have lost their lives when Saudi military aircraft conducted an airstrike in Yemen's southwestern province of Ta'izz as the Riyadh regime continues with its devastating aerial bombardment campaign against its impoverished and conflict-ridden southern neighbor. 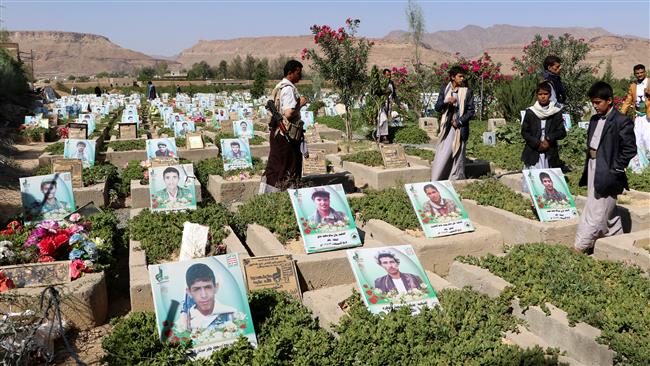 RNA - Local sources said the assault targeted a truck as it was travelling along a road in the al-Barada area of al-Barh town in the province, situated 346 kilometers (214 miles) south of the capital Sana’a, on Friday afternoon, Arabic-language al-Masirah television network reported.

Saudi warplanes also carried out five airstrikes against an outdoor market in al-Barh. There were, however, no immediate reports about the number of possible casualties and the extent of damage caused.

Later in the day, Yemeni soldiers and allied fighters from Popular Committees launched two domestically-produced Zelzal-2 (Earthquake-2) missiles at a gathering of militiamen loyal to resigned president Abd Rabbuh Mansur Hadi, but no words on casualties were reported.

Meanwhile, three people were killed when a US unmanned aerial vehicle struck an area in the southern Yemeni province of Abyan.

A local security official and residents said the strike targeted Mudiyah district, identifying the trio as suspected members of the Al-Qaeda in the Arabian Peninsula (AQAP) Takfiri terrorist outfit.

AQAP as well as the Takfiri Daesh terrorist group have exploited more than two years of Saudi Arabia’s war against the Yemeni nation, trying to deepen their influence in the impoverished country by launching bombings and shooting attacks.

Saudi Arabia has been incessantly pounding Yemen since March 2015 in an attempt to crush the popular Houthi Ansarullah movement and reinstate Hadi, who is a staunch ally of the Riyadh regime.

Tags: Yemen Saudi
Short Link rasanews.ir/201oUm
Share
0
Please type in your comments in English.
The comments that contain insults or libel to individuals, ethnicities, or contradictions with the laws of the country and religious teachings will not be disclosed