Rasa - A senior Iranian official says by pushing for inspections of Iran’s military sites, the US is actively seeking undermine the nuclear deal between Tehran and world countries, including Washington itself. 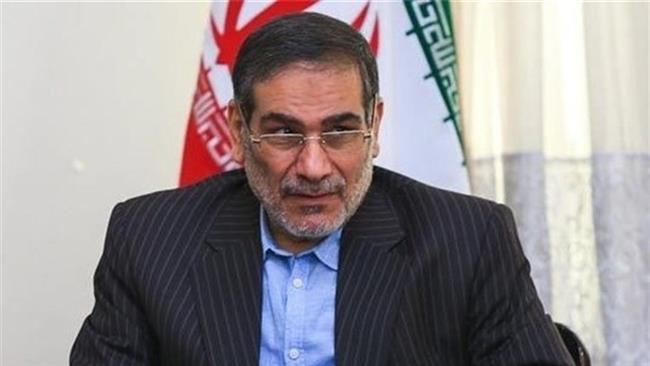 Such an “unconstructive” attitude, which is meant to “actively undermine the international agreement,” would further tarnish the US standing in the world, and would certainly be met with Iran’s proportionate response, he added.

“The Islamic Republic does not have any undeclared nuclear activities in any part of its geographical areas,” said Shamkhani, stressing that this has been proved in inspections by the International Atomic Energy Agency (IAEA), which is tasked with monitoring the technical aspect of the JCPOA’s implementation.

Last month, US Ambassador to the UN Nikki Haley traveled to Vienna to press the IAEA on accessing Iran’s military sites; a demand which has been categorically rejected by Tehran.

However, Washington’s lobbying failed to affect the IAEA’s latest quarterly report in late August, which once again that Iran has lived up to its commitments under the nuclear deal.

Shamkhani further described the call for inspections of Iran’s military site as “a propaganda campaign by American media” aimed at evading its obligations under the nuclear deal.

The research underway in Iran’s military facilities, Shamkhani said, concerns conventional weaponry and will continue with all force within the framework of promoting the country’s deterrence power.

“It is impossible for foreigners to uncover the [country’s] research and production capacities in the area of conventional arms,” he said.

Shamkhani said Iran will not undertake any obligation beyond what has been specified in the JCPOA.

Any statement about the obligations under the deal has to be make through official channels, based on technical and legal approaches, lack prejudice and be examined at the IAEA alone, the Iranian official noted.

“The issue of access to Iran’s military sites is a closed case,” Shamkhani concluded.

The IAEA said earlier in the month that it was not going to inspect the sites “just to send a political signal.”

The IAEA’s Board of Governors voted overwhelmingly in December 2015, months after the nuclear deal was signed, in favor of a resolution that closed the so-called possible military dimensions (PMD) case in Iran’s nuclear program.

The nuclear deal removed nuclear-related sanctions against Iran, which, in turn, placed some limits on its nuclear program.

On Thursday, Gholam Ali Khoshroo, Iran’s Ambassador and Permanent Representative to the UN, said the US was obliged to protect the JCPOA and continue enabling the sanctions relief under the accord.

However, whenever it comes to extending the sanctions relief, the US would impose sanctions on a number of Iranians “under hollow excuses to show Congress and its people that it maintains a tough position,” he added.

The US on Thursday extended some sanctions relief for Iran under the JCPOA but said it has yet to decide whether to preserve the deal itself, the State Department said. The US Treasury, however, announced new cyber-related and other sanctions on seven Iranian individuals, two Iranian entities and two Ukraine-based entities.

Khoshru further said, “Any form of sanctions is against the principle of diplomacy and dialog and does not help advancing the state of affairs. The US should stop using sanctions as a tool in its foreign policy, and engage in interaction with the world.”

Tags: Iran Shamkhani
Short Link rasanews.ir/201oUc
Share
0
Please type in your comments in English.
The comments that contain insults or libel to individuals, ethnicities, or contradictions with the laws of the country and religious teachings will not be disclosed