Rasa - The Israeli army detained Thursday at least 13 Palestinians in raids across the West Bank, according to the Palestinian Prisoner’s Society. 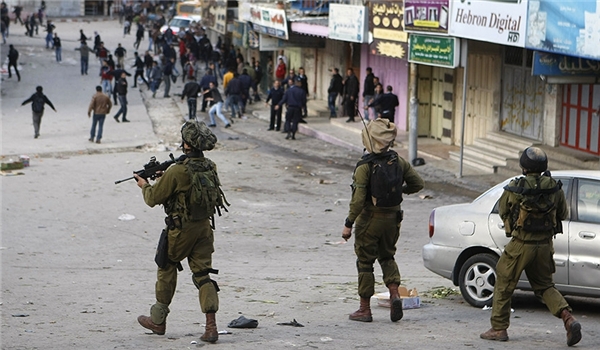 RNA - It said five Palestinians were rounded up during a raid of Qalandia refugee camp, north of Jerusalem, with witnesses reporting that soldiers raided and ransacked several homes in the camp and seized money, WAFA reported.

Resident confronted the force, which left the camp after making the arrests.

Soldiers also raided West Bank cities such as Nablus and Tulkarm, which are under full Palestinian Authority control, and detained two people from each city.

The army detained as well one person from the town of Bir al-Basha in the Jenin district.

Meanwhile, the committee of families of Jerusalem detainees said Thursday that an Israeli court sentenced two minors to prison for their Facebook posts.

Tags: Palestinian Israel
Short Link rasanews.ir/201oUW
Share
0
Please type in your comments in English.
The comments that contain insults or libel to individuals, ethnicities, or contradictions with the laws of the country and religious teachings will not be disclosed