Rasa - Human Rights Watch said in a report that "Israeli" banks are contributing to the proliferation of the occupied West Bank settlements by providing loans and mortgages for construction there, violating their human rights obligations. 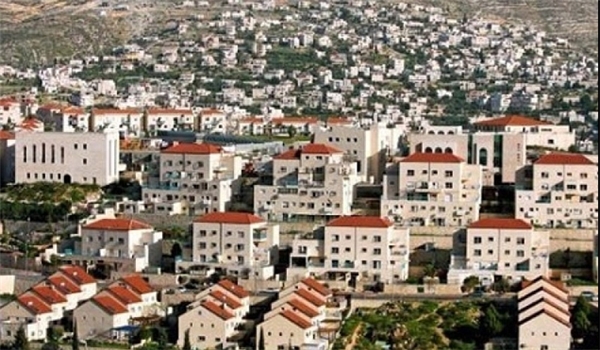 RNA - The report said that the Israeli banks are not required to provide such services to the settlements, and urged them to distance themselves from such activities. It also urged the banks' shareholders to "ensure that their business relationships do not contribute to or benefit from" human rights violations, HRW.org reported.

HRW said the banks have helped the expansion of the occupied West Bank settlements, which now houses some 400,000 "Israeli" settlers.

Sari Bashi, the group's "Israel" and Palestine advocacy director, said the banks should abide by the UN guiding principles on business and human rights, a set of non-binding guidelines meant to address and remedy abuses committed in business activity, or else face action by shareholders.

"There are many, many steps banks can and should take to at the very least reduce their involvement in settlements, if not stop it entirely," she said. "If they choose not to take steps, institutional investors who care about their own human rights activity should take action."

The "Israeli" entity occupied the West Bank, along with the Gaza Strip and east al-Quds [Jerusalem] in 1967. The entity had since annexed east al-Quds in a move that is not recognized internationally, and it withdrew from Gaza in 2005.

Most of the international community considers settlements illegal.

The entity's banks lend money to house buyers, settlement councils or to companies carrying out construction in the West Bank. Most also have branches in settlements.

"Israeli" law requires banks to accept settlers as customers, meaning they cannot refuse to open accounts for them. But a legal analysis by Human Rights Watch of "Israeli" banking laws concluded that banks are not obligated to provide financial backing for construction in the occupied West Bank.

While an anti-discrimination law prohibits refusal of service based on place of residence, the report said banks could cite other reasons for declining to provide loans, such as the construction's implications for Palestinians' human rights. The law also allows companies to decline to serve certain areas so long as they provide advance notice to customers.

"It is Human Rights Watch's assessment that banks can, under domestic law, avoid providing many services that support settlements and settlement activity, and that doing so is necessary to fulfill their human rights responsibilities," the report said.

The relevant laws have yet to be challenged in court, meaning the report offers only one interpretation of how they may be read.

But the group presents a warning to the entity's banking sector: Operating in the settlements risks inviting divestment from ethically-minded shareholders. Bashi cited a 2016 move by the pension fund for the United Methodist Church that blocked five "Israeli" banks from its investment portfolio, saying they profit from rights abuses.

The Association of Banks in "Israel", an umbrella group, declined to comment on the report's claims. Spokespeople for the entity's major banks either declined comment or referred queries to the banking association. The entity's central bank had no immediate comment.

HRW said the five largest banks in the entity did not respond to questions about whether they adhere to the UN guiding principles. Four of the country's biggest banks are members of the UN Global Compact, a group of companies that calls on its members to "make sure that they are not complicit in human rights abuses."

Settlements have grown rapidly over the decades, providing a lucrative market for bank loans and mortgages, and an incentive for the banks to continue to offer funding.

HRW had previously issued a report claiming businesses operating in the settlements contribute to the "Israeli" entity's violation of human rights and had called on them to cease their activities there.

Tags: Settlement Israel
Short Link rasanews.ir/201oUO
Share
0
Please type in your comments in English.
The comments that contain insults or libel to individuals, ethnicities, or contradictions with the laws of the country and religious teachings will not be disclosed