Kurdistan independence to lead to breakup of Iraq

Rasa - In less than two weeks, Iraq's semi-autonomous Kurdistan region will go to polls in a vote for independence. 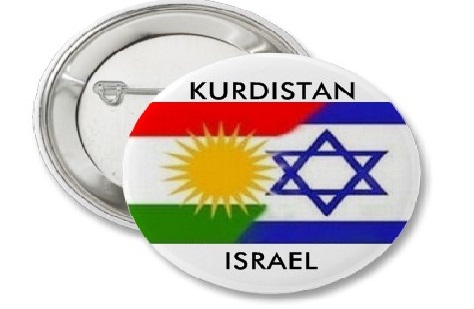 RNA - Iraqi parliamentarians have rejected the legitimacy of the vote and the central government in Baghdad which is strongly opposed to this move has said it will do everything possible to keep the unity of the country intact.

Sa'ad al-Muttalibi, member of the State of Law Coalition, as well as Martin Jay, journalist and political commentator, discuss the issue in an interview.

Muttalibi believes the independence of Kurdistan will lead to a “definite breakup” of the Republic of Iraq, emphasizing that the Iraqis will not accept the results of the upcoming referendum under any circumstances.

He also noted the leader of Iraq’s semi-autonomous region Kurdistan region, Massoud Barzani, is pushing for an armed conflict in order to gain control of the Iraqi oil-rich city of Kirkuk.

Authorities in the Iraqi Kurdistan want Kirkuk, which is divided along ethnic lines between Turkmen, Kurds and Arabs, to be included in their autonomous protectorate, but Baghdad rejects it.

The province is aggressively coveted by Kurdish authorities because it holds more than 9 billion barrels of oil reserves, with a capacity to produce more than 1 million barrels a day.

The analyst went on to say that Kurdistan already has all the rights that any independence state has, arguing that the only point is the matter of Kirkuk because without that economic power, which accounts for about 40 percent of Iraq's total oil production, Barzani cannot form a state.

However, he said, there is no way that Iraq would allow Kirkuk to be outside the control of the central government because it will reduce the country’s oil production and affect its regional relationships.

Muttalibi further maintained that “there is no good time” for Kurdistan to declare its independence, adding that all international and regional powers are against such a move.

Nevertheless, he stated, Barzani is going ahead with the plan because he thinks creating an armed conflict will give him a better negotiating position with the international powers.

“Independence means that we will enter into a conflict which actually Barzani is pushing for. He moved his tanks and he moved a number of his special troops into Kirkuk and adjacent areas. So it seems that he understands that it is too late for him to use the referendum as a blackmail against the Iraqi government for more political gains. Now he is trying to use the status quo or the matter of fact that he is trying to occupy certain areas which are outside the control of KRG (the Kurdistan Regional Government) and hence leading to an armed conflict,” Muttalibi said.

The analyst further opined that Baghdad should negotiate the Kurdistan independence issue with its regional partners, asserting that this is a great opportunity for a regional cooperation between Iraq, Iran and Turkey in order to put an end to such attempts.

Regional players like Iran and Turkey have already voiced concerns about the planned referendum by Iraqi Kurdish authorities, arguing that it could create further instability in the region.

According to Muttalibi, any extra points that Barzani is pushing for will become a gain to Kurdistan and a loss to the state and the people of Iraq.

Meanwhile, Martin Jay, the other panelist on the program, maintained that the political establishment in Erbil has picked this moment to move forward with the independence referendum because it believes the regional powers are tired of conflict.

He also mentioned the Kurds think that they have invested so much in the war against terrorism and so surely it is time for their change and prosperity.

The commentator further opined that the reason why the Kurds are so desperate to go for independence, knowing full well that it will lead to a confrontational situation with Baghdad, is that they feel very vulnerable.

Therefore, he said, the Iraqi government should be much more careful and serious about the next steps it takes, given the rising tensions between the two sides.

Jay concluded by saying that Barzani does not really want independence for Kurdistan and is only using the referendum as a “leverage” to make a better deal with Baghdad.

Tags: Kurdistan Iraq
Short Link rasanews.ir/201oUN
Share
0
Please type in your comments in English.
The comments that contain insults or libel to individuals, ethnicities, or contradictions with the laws of the country and religious teachings will not be disclosed