Rasa - Millions of dollars in aid money promised by the international community for Syrian refugee children did not reach the intended target, Human Rights Watch (HRW) said in a press release on Thursday. 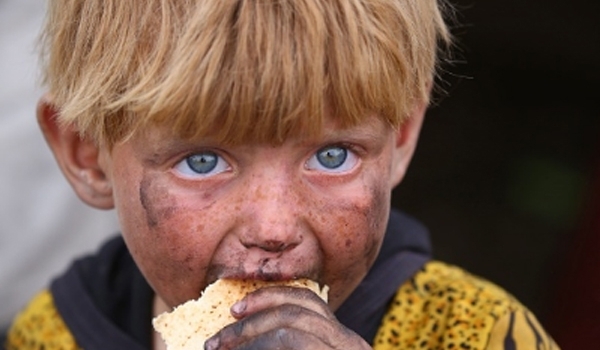 RNA - "Millions of dollars in aid money pledged to get Syrian refugee children in school last year did not reach them, arrived late, or could not be traced due to poor reporting practices," HRW send in a release announcing the publication of a new report tracking donor pledges, Sputnik reported.

The 55-page report, "Following the Money: Lack of Transparency in Donor Funding for Syrian Refugee Education," tracked pledges made at a donors conference in London in February 2016.

At the conference, the United States, European Union, Germany, the United Kingdom, Japan and Norway promised more than $1.4 billion for education inside Syria and for Middle Eastern countries hosting Syrian refugees.

Human Rights Watch followed the money trail from the donors to education in the three countries and found discrepancies between the funds the donors pledged and the amount of money that reached the intended targets in 2016.

For instance, donors pledged around $250 million for education in Jordan and $350 million for Lebanon in February 2016. But by the end of the calendar year, Jordan still had a $41 million budget gap and Lebanon $97 million, according to the report.

In some cases, education funding that was sent to host countries arrived too late to enroll the children it was intended to help, according to the report. In other cases, donors had double-counted promised funds, the report found.

"The lack of timely, transparent funding contributed to the fact that more than 530,000 Syrian schoolchildren in those three countries were still out of school at the end of the 2016-2017 school year," Human Rights Watch said in the release.

Public information in the host countries was too vague or unclear to trace the funding, the rights group said, adding that more transparency would help reveal needs that are not being met.

Human Rights Watch also called on donors to improve their transparency so as not to undercut their own support for Syrian children.

Tags: HRW Syria
Short Link rasanews.ir/201oUK
Share
0
Please type in your comments in English.
The comments that contain insults or libel to individuals, ethnicities, or contradictions with the laws of the country and religious teachings will not be disclosed