Rasa - The Arab League has rejected an upcoming referendum on Iraqi Kurdistan’s independence as an illegal measure that would pose further threats to security in the already volatile Middle East, senior Iraqi officials say. 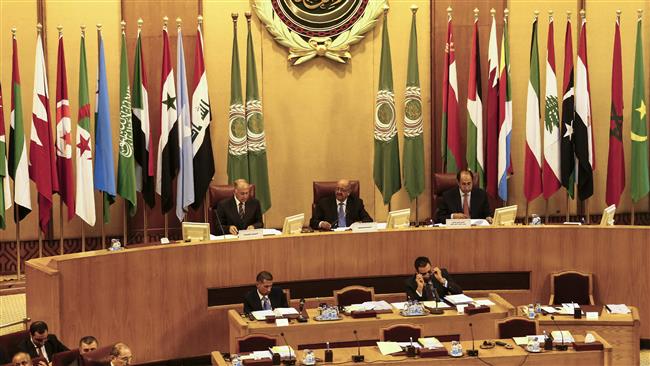 RNA - Permanent Representative of Iraq to the Arab League Habib Sadr said on Wednesday that the pan-Arab body’s foreign ministers considered “the referendum illegal and inconsistent with the Constitution of Iraq” during their recent meeting in Cairo, Egypt.

“The ministers decided to support the territorial integrity of Iraq and assumed that this referendum posed a threat not only to the unity of Iraq but also to the security in the whole region,” Sadr added.

Sadr implied that some Arab states feared that the Iraqi Kurdistan’s independence referendum might trigger similar acts outside Iraq and lead to uncontrollable processes in the Middle East.

Masoud Barzani, the president of Iraq’s Kurdistan region, has set September 25 as the date for the referendum on the region’s independence from Iraq, prompting criticism from the central government in Baghdad, the international community and Iraq’s neighbors.

Meanwhile, Iraqi Foreign Minister Ibrahim al-Jafari, who was present at the Arab League summit, warned on Wednesday that Kurdish leaders should think carefully before going ahead with any independence move.

In an interview with Reuters, he said “those who make such a declaration should bear the responsibility for it. It is easy to declare whatever you want but it is not that easy to actualize it.”

“We are depending on dialogue and also Arab, and non-Arab advocacy. As we saw yesterday, the Arab diplomatic mobilization was attained by Arab foreign ministers,” he said.

In a statement on Wednesday, Iraq’s Foreign Ministry said the Arab League unanimously rejected the upcoming Kurdish plebiscite during its recent meeting.

“Iraq’s constitution must be respected and Iraq’s unity must be completely preserved for security of the region,” the pan-Arab body was quoted as saying by Foreign Ministry spokesman Ahmed Jamal.

On Tuesday, Iraqi Prime Minister Haider al-Abadi slammed the planned vote as “unconstitutional,” calling on the Kurdish leadership to come to Baghdad and conclude a dialogue.”

The premier’s remarks came after Iraqi House of Representatives voted to reject a poll on Kurdish regional independence.

The Iraqi parliamentarians urged the Iraqi premier to take all necessary measures to maintain the unity of Iraq and start a serious dialogue with the semi-autonomous Kurdistan region to solve the pending issues.

Barzani, however, rejected the parliament’s move, calling on the Iraqi legislative chamber to reconsider the decision.

Ashwaq al-Jaff, Iraqi parliament member from the Kurdistan Democratic Party (KDP), vowed that the referendum would go ahead despite the vote.

“We haven’t changed our stance even today as Kurdish people have no other choice. The Supreme Committee for the Referendum will reiterate the stance of holding a referendum and will reject all demands to postpone it," said al-Jaff.

Jaff also said the decision was made on the premise of what he called Baghdad’s “violation of the constitution.”

Besides the Baghdad government, Iraq’s neighbors, including Turkey, Syria and Iran, have also expressed concerns about the planned referendum by Iraqi Kurdish authorities, arguing it could create further instability in the region.

In a statement on Thursday, the Turkish Foreign Ministry warned Iraqi Kurdish officials that “there will most certainly be a price to pay” for its insistence on holding the vote.

Turkey’s fierce opposition to the idea of an independent Kurdistan comes amid a large-scale military crackdown against militants of the homegrown Kurdistan Workers’ Party (PKK), which has left thousands dead since it started two years ago.

The PKK, also blacklisted in the West, has fought the Turkish government for more than three decades; an insurgency that Ankara says is mostly originated from mountainous regions in northern Iraq.

More than 15 million Kurds live in Turkey, most of them in areas bordering Iran, Iraq and Syria in the south.

Tags: Arab League Iraq
Short Link rasanews.ir/201oUH
Share
0
Please type in your comments in English.
The comments that contain insults or libel to individuals, ethnicities, or contradictions with the laws of the country and religious teachings will not be disclosed