Rasa – Dozens of Bahraini people staged anti-regime rallies in solidarity with political prisoners who have recently gone on a mass hunger strike against detention conditions in the Persian Gulf country. 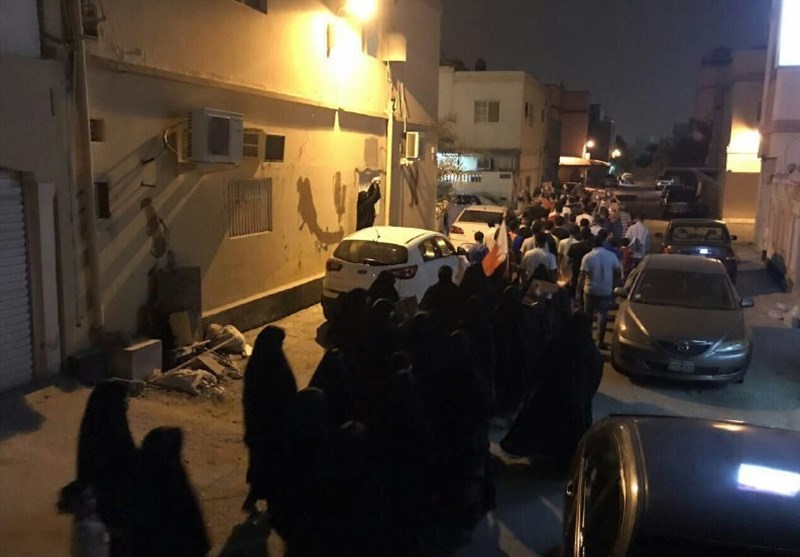 The Bahraini protesters also voiced their support for Sheikh Isa Qassim, the spiritual leader of the Shiite majority in Bahrain.

On May 23, Bahraini regime forces stormed into the residence of Sheikh Qassim in the village of Diraz, arresting everyone inside the house.

At least five people were reportedly killed in the raid, and over 280 others were arrested.

The Bahraini top cleric has been under house arrest since then.

Bahrain, a close ally of the US in the Persian Gulf region, has been witnessing almost daily protests against the ruling Al Khalifa dynasty since early 2011, with Manama using heavy-handed measures in an attempt to crush the demonstrations.

Tags: Al Khalifa bahrain
Short Link rasanews.ir/201oUD
Share
0
Please type in your comments in English.
The comments that contain insults or libel to individuals, ethnicities, or contradictions with the laws of the country and religious teachings will not be disclosed