Iran seeks to send delegation to Myanmar over Rohingya plight

Rasa - Tehran says it has called for a visit of an Iranian Foreign Ministry delegation to Myanmar to discuss ways to end the plight of the Rohingya Muslims in the Southeast Asian country. 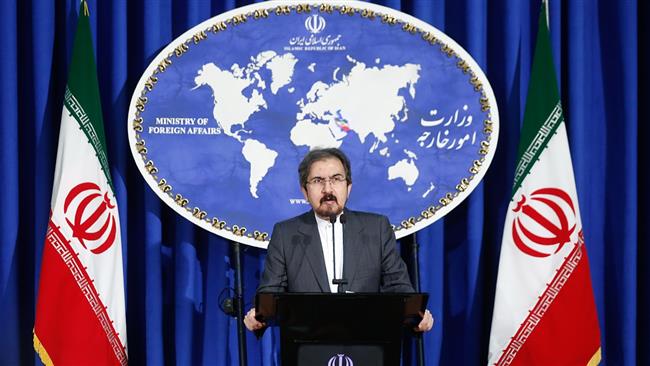 RNA - “To [help] put an end to the violence against the Rohingya Muslims, the Islamic Republic of Iran has demanded that a delegation of the Foreign Ministry visit Myanmar,” Iranian Foreign Ministry Spokesman Bahram Qassemi said on Wednesday.

He added that Iran’s ambassador to Thailand has held talks with Myanmar’s officials on the situation of the Rohingya.

The Iranian official added that an Iranian delegation headed by Deputy Foreign Minister for Asia and Pacific Affairs Ebrahim Rahimpour will travel to Bangladesh to pay a visit to Rohingya refugee camps and monitor their situation.

Qassemi said that Iran's ambassador to Thailand, who is also Iran's accredited ambassador to Myanmar, has visited Naypyidaw to convey Iran's stance on the developments in the country, and has met with the country’s deputy foreign minister on the Rohingya Muslims’ situation.

The envoy has called for an immediate end to the acts of violence against the Rohingya Muslims, he added.

The persistent violence against the Muslims will not serve the interests of Myanmar and will pose major challenges to the country in the future, the Iranian envoy told Myanmar’s official, Qassemi said.

In the meeting, the Iranian envoy also urged Myanmar officials to prepare the grounds for the dispatch of humanitarian aid to the country's affected area, Qassemi added.

He said that Iran would use all it has in power to alleviate the plight of the Rohingya.

“In addition to the dispatch of humanitarian aid, the Islamic Republic of Iran is ready to initiate political negotiations aimed at settling the issue (the plight of the Rohingya),” he said.

Meanwhile, Iran’s Red Crescent is preparing to send a shipment of humanitarian aid for the Rohingya Muslims stranded on the border with Bangladesh.

The relief package, which includes food, medicine, life support and hygiene items, will be shipped on Friday.

Meanwhile, Chairman of the Iranian Parliament's Committee on National Security and Foreign Policy Alaeddin Boroujerdi said on Wednesday that a delegation of Iranian lawmakers was expected to visit Myanmar to study the situation of the Rohingya Muslims.

The Rohingya, described as “the world’s most persecuted minority,” have been denied citizenship in Myanmar, which has effectively rendered them stateless.

At least 370,000 Rohingya Muslims have fled to neighboring Bangladesh since August 25 due to a fresh wave of violence and persecution, according to the UN.

Tags: Iran Myanmar
Short Link rasanews.ir/201oTy
Share
0
Please type in your comments in English.
The comments that contain insults or libel to individuals, ethnicities, or contradictions with the laws of the country and religious teachings will not be disclosed