Saudis Worried about 'Timing' of Independent Investigation into Yemen Atrocities

Rasa - Saudi Arabia said that the “timing” is wrong to establish an international investigation into human rights abuses and war crimes in Yemen, where massive civilian casualties and a cholera epidemic resulting from the Saudi-led coalition's bombing has led to what the United Nations has called a “humanitarian crisis" in the country. 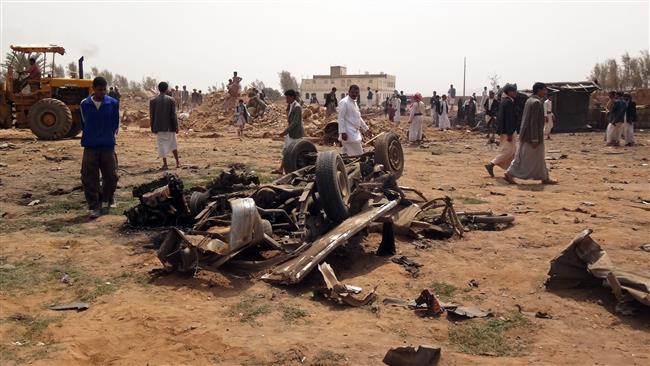 RNA - “We have no objection to the inquiry itself, we just have a discussion about the timing, whether this is the right time to establish an international commission, with the difficulties on the ground,” Saudi ambassador the the UN Abdulaziz Alwasil said, TeleSUR reported.

The UN human rights chief, Zeid Ra'ad al-Hussein, is calling for an independent international probe into the high levels of civilian casualties, however Saudi Arabia has been resistant to the idea.

Saudi Arabia has instead launched its own “investigation” into the humanitarian crisis of Yemen, and “determined” earlier this week that their coalition, which is backed by the United States and United Kingdom, is operating within the law, and that recent deadly airstrikes were “justified.”

“We are working together to hopefully come to a compromise,” Alwasil said to reporters.

The consistent shelling of Yemen by the coalition has resulted in massive, unprecedented infrastructure damage, which has led to enormous numbers of casualties from malnutrition and disease in addition to deaths caused directly by the bombing itself.

Sabhat Wijesekera, UNICEF's global chief of water, sanitation and hygiene, said recently of the situation that “in far too many cases, water and sanitation systems have been attacked damaged or left in disrepair to the point of collapse. When children have no safe water to drink, and when health systems are left in ruins, malnutrition and potentially fatal diseases like cholera will inevitably follow.”

Tags: Yemen Saudi
Short Link rasanews.ir/201oTx
Share
0
Please type in your comments in English.
The comments that contain insults or libel to individuals, ethnicities, or contradictions with the laws of the country and religious teachings will not be disclosed