Rasa - Mosques in Germany will open their doors to visitors on 3rd of October, with the slogan of "Good Neighborhood; Better Society." 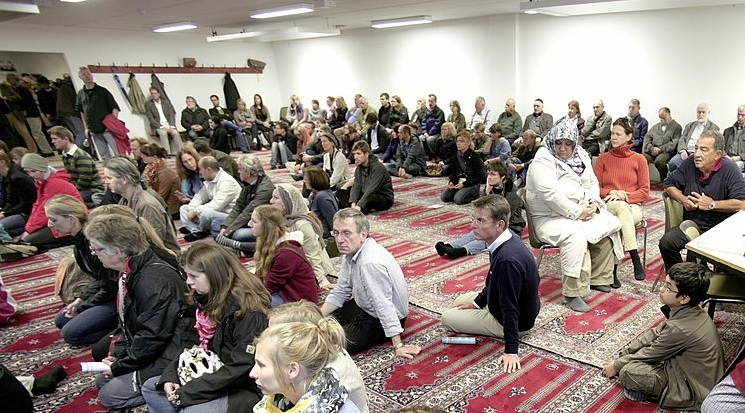 RNA - German Muslims’ Coordination Council (KRM) has invited Muslim and non-Muslim citizens who are interested in Islam to visit mosques on the "Day of the Open Mosque" on October 3rd with the slogan of "Good Neighborhood; Better Society."

The goal of this yearly event is to strengthen the dialogue and connection between Muslims and non-Muslims by preparing an atmosphere for both sides to becoming more familiar with each other.

Islamic societies in Germany have been organizing the event for the past few years. More than 1,000 mosques in Germany attend the event annually, and programs such as visiting mosques, holding lectures, exhibitions, and informing for the ceremony are always parts of the event.

The main focus over the last few years has been on environmental protection, social responsibility, Islamic art and immigration.

This year, the "Day of the Open Mosque" with the slogan "Good Neighborhood; Better Society" will be about ‘cultural and religious differences in coexistence.’

Caring for neighbors is one of the priorities of Islam and the Prophet (PBUH) has referred to it in his speeches. The brochure for the ceremony states: "Since today there is little knowledge about the importance of being a good neighbor in Islam, the Muslim Coordination Council (KRM) has chosen this topic as the motto of the day of the opening of the mosque open doors this year.”

Tags: Mosque germany
Short Link rasanews.ir/201oTg
Share
0
Please type in your comments in English.
The comments that contain insults or libel to individuals, ethnicities, or contradictions with the laws of the country and religious teachings will not be disclosed