Rasa - A furious war of words erupts between diplomats from Qatar and the Saudi-led quartet of its boycotters at an Arab League meeting, months into the worst diplomatic crisis to hit the Persian Gulf region in decades. 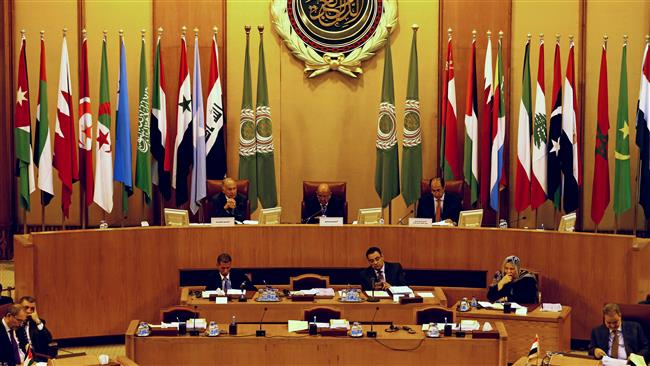 RNA - On Tuesday, Qatar’s Minister of State for Foreign Affairs Soltan bin Saad al-Muraikhi took the podium at the event in the Egyptian capital, Cairo, to denounce what he called a “vicious media campaign” against his country “waged by rabid dogs backed by some regimes.”

“Even the animals were not spared [from the blockade], you sent them out savagely,” he said, referring to the camels stranded on the Qatar-Saudi border after the imposition of the siege.

Muraikhi also hailed Iran as an “honorable country,” adding that the Tehran-Doha relations had warmed since the blockade.

Back in June, Saudi Arabia, Egypt, Bahrain and the United Arab Emirates imposed a trade and diplomatic embargo on Qatar, accusing Doha of supporting terrorism, an allegation strongly denied by Doha.

They presented Qatar with a list of demands, among them downgrading ties with Iran, and gave it an ultimatum to comply with them or face unspecified consequences.

Doha, however, refused to meet the demands and said that they were meant to force the country to surrender its sovereignty.

Iran has been providing Qatar with food supplies amid the Saudi-led economic siege of the country. It has also allowed Qatar's national carrier to use its airspace.

The Islamic Republic has repeatedly underlined the need for dialogue among the Arab states to settle the dispute.

Muraikhi’s remarks sparked angry reactions from Ahmed al-Qattan, Saudi Arabia’s envoy to the Arab League, Egyptian Foreign Minister Sameh Shoukry and Emirati State Minister for Foreign Affairs Anwar Gargash, with the Qatari minister and Qattan even telling each other to “be quiet.”

The Saudi envoy warned that Qatar would soon “regret” its orientation towards Iran.

“Congratulations to Iran and soon, God willing, you will regret it,” he said. “If the brethren in Qatar think they may have a benefit in their rapprochement with Iran, I’d like to say that they have this evaluation wrong in every way.”

He further criticized what he called Qatar’s “historic support” for terrorism and extremist factions.

Additionally, UAE's Gargash claimed that the Persian Gulf rift had continued “due to Qatar’s unwillingness for peace,” noting that Doha’s “escape to Turkey and Iran is not solving the crisis.”

“Their (Qatari’s) direction needs to change and we will continue our policies until Qatar changes its policies of aggression against the four boycotting countries, as long as Doha supports and funds terrorism and intervenes in the Middle East countries' internal affairs,” Gargash said.

Besides Iran, Turkey has also been sending food aid to Qatar, which heavily relies on imports to feed its 2.7 million population.

Ankara, which has a military base in Qatar, has signaled support for Doha in the diplomatic spat. It significantly boosted its military presence in the Persian Gulf state since the outbreak of the row.

Tags: Qatar Saudi
Short Link rasanews.ir/201oTe
Share
0
Please type in your comments in English.
The comments that contain insults or libel to individuals, ethnicities, or contradictions with the laws of the country and religious teachings will not be disclosed