Rasa - The US Congress has unanimously passed a resolution against increasingly prevalent hate groups in the country, sending a clear message to President Donald Trump who stirred controversy by his response to a violent rally in Charlottesville, Virginia, last month. 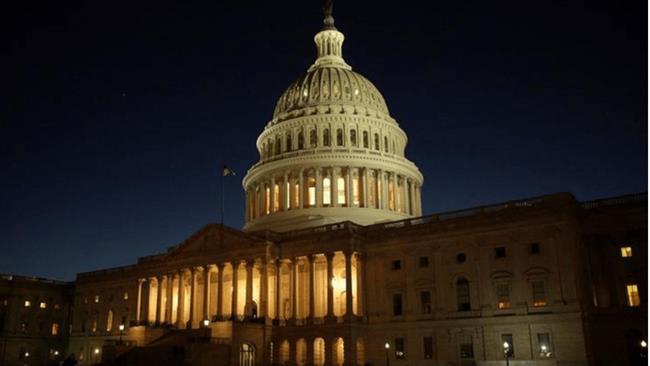 RNA - The joint resolution was approved by the House of Representatives on Tuesday after the Senate did so a day earlier. It now goes to Trump for his signature.

The resolution, which condemns neo-Nazis, the KKK and other white nationalists, comes after the violent protest in Charlottesville.

It expresses "support for the Charlottesville community, rejecting white nationalists, white supremacists, the Ku Klux Klan, neo-Nazis and other hate groups, and urging the president and the president's cabinet to use all available resources to address the threats posed by those groups."

On August 12, thousands of members of those groups descended on Charlottesville for a “Unite the Right” rally. The march soon turned violent. A 20-year-old man plowed a vehicle into a group of anti-hate demonstrators protesting against the white supremacist rally, killing a woman and injuring 20 others.

Trump first blamed the violence "on many sides", but after pressure against him piled up, he declared that “racism is evil,” singling out white supremacists, neo-Nazis and Ku Klux Klan for the violent rally. However, the president later returned to his highly criticized initial response.

The resolution describes the violence as a "domestic terrorist attack" and offers condolences for the death of Heather Heyer, two emergency responders who were also killed in a helicopter crash while monitoring the protest, and the other people injured in the violence.

Lawmakers from Virginia said Congress spoke with "a unified voice" to censure the violent unrest.

"I hope this bipartisan action will help heal the wounds left in the aftermath of this tragedy and send a clear message to those that seek to divide our country that there is no place for hate and violence," said House Democrat Gerry Connelly.

Trump has been criticized both in the country and abroad over his response to the violence in Charlottesville.

In the US, many lawmakers, including  members of Trump's own party as well as business executives distanced themselves from the president. Also, officials in Britain, Germany, the UN and elsewhere denounced his remarks.

Tags: US Trump
Short Link rasanews.ir/201oTc
Share
0
Please type in your comments in English.
The comments that contain insults or libel to individuals, ethnicities, or contradictions with the laws of the country and religious teachings will not be disclosed