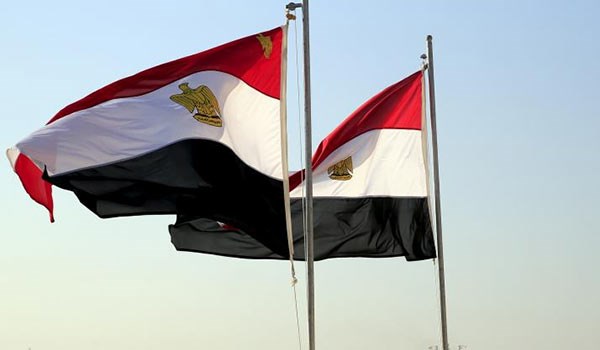 Since the ancient times, Egypt has been one of the most influential nations of the world, though in past few decades due to the rule of the pro-Western military leaders Cairo has distanced from its regional and international role.

The North African country in past few years witnessed a revolution and a coup, each presenting some threats and providing some opportunities. Since the January 2011 revolution against the former dictator Hosni Mubarak, the country has been grappling with an array of economic, political, and security challenges, with the foreign policy receiving the biggest impact. Analysts suggest that it was in fact these challenges that brought down Mohamad Morsi, and presently carry the potentials to even take el-Sisi as next victim.

The country’s political and cultural leadership of the Arab world and the Persian Gulf Arab states in particular is the defining feature of Egypt’s regional policy. Regarding foreign relations, Egypt gives special priority to its neighbors like Libya, Tunisia, and Algeria. Cairo’s regional policy, however, is influenced by its need for financial aids from the wealthy Arab monarchies, especially Saudi Arabia. Dependence on the US financial and military support is another important factor guiding the nation’s regional diplomacy. The US-brokered Egypt-Israeli regime peace deal and the struggle to keep it sustaining is another influential factor.

Egypt has long suffered from imbalance between its income and spending, a problem overshadowing its independence. Many regional experts unanimously agree that if foreign aids for Egypt cease flowing in, its economy will go bankrupt within 6 months.

Cairo has been dealing with budget deficit for years. Tourism and foreign aids account for the biggest share of its income, but the deteriorated domestic security along with the foreign partners’ “stick and carrot” policy in the past few years slashed its costless incomes.

Egypt managed to relatively improve relations with the Persian Gulf monarchies, but challenges with Qatar and Turkey, both backers of the Muslim Brotherhood and the ousted Morsi, remain in place.

The US, too, cut part of its annual aids to the el-Sisi regime in a bid to save face and avoid supporting one party and leaving another unattended. Reports say at least one-third of the US total $1.3 billion military and $200 million financial aids are now cut off.

The Israeli-Palestinian conflict is another area where Egypt has issues to cope with. Many Israelis celebrated fall of Muslim Brotherhood rule in Egypt as they argue that the Islamist party with its pro-takfiri agenda could pose threats to Tel Aviv in the long run. This means that arrival to power of el-Sisi was highly profitable to the Israeli interests.

Another challenge is the ongoing insecurity in Sinai Peninsula. There is an Israeli tendency to paint Sinai as fully taken over by the Islamist militants. This can allow Tel Aviv’s maneuvering for military presence in the volatile Egyptian territory. But the Israelis do not put their full trust in el-Sisi who could aspire for permanent army deployment to Sinai through reviewing the Camp David Accords, a measure violating the terms of the 1978 treaty between Tel Aviv and Cairo that calls for demilitarization of the area.

Any Egyptian future strategy is tied to obtaining political and economic stability. Egypt should prioritize improvement of relationship with the trustable regional countries. Another priority could be fighting such terrorist groups as ISIS. To this end, Egypt desperately needs cooperation with all of its neighbors.

But the above-mentioned push for stability and counterterror fight are not everything to el-Sisi's policy. He has more to deal with. The economy and the way of handling the Palestinian cause are perhaps the most essential challenges he has ahead. And among these two economy is perhaps the area in need of doubled focus. After all, economic difficulties provided the people with main drive for their anti-Mubarak uprising. If this issue remains unresolved, it can bring back masses to the streets and mark even harder times for the president. Time will tell if he can weather this tribulation. He is expected to look back, learn lessons from the former presidents' way of dealing with the hardships, and take steps to solve the problems.

Tags: ISIS Israel Egypt
Short Link rasanews.ir/201oTU
Share
0
Please type in your comments in English.
The comments that contain insults or libel to individuals, ethnicities, or contradictions with the laws of the country and religious teachings will not be disclosed