Rasa - The UN has condemned Israel for the "de-development" and "deteriorating humanitarian conditions" of the Palestinian territories of East Jerusalem al-Quds, the West Bank and the Gaza Strip during its 50-year occupation. 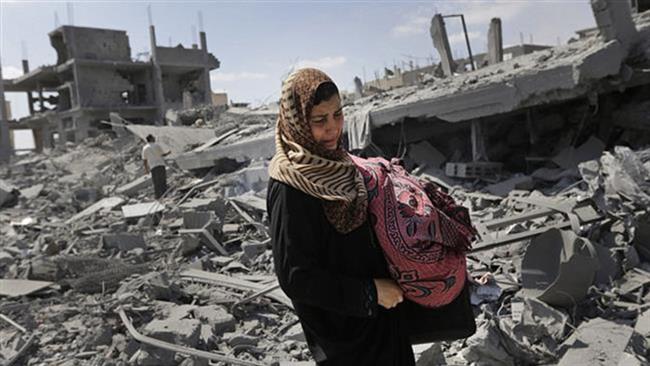 RNA - On Tuesday, the United Nations Conference on Trade and Development (UNCTAD) released a report in which it stressed that performance of the Palestinian economy is "far below potential.”

The Gaza Strip has been under an Israeli siege since June 2007. The blockade has caused a decline in living standards as well as unprecedented unemployment and poverty there.

Some two million Palestinians in the Gaza strip get only three or four hours of electricity a day amid a crippling Israeli blockade.

The power scarcity has, in turn, taken its toll on the water supply routine and the health system in the coastal sliver.

"2017 marks the fiftieth anniversary of the Israeli occupation of the Gaza Strip and the West Bank, including East Jerusalem; the longest occupation in recent history. For the Palestinian people, these were five decades of de-development, suppressed human potential and denial of the basic human right to development, with no end in sight," the report added.

"Instead of the hoped-for two-State solution envisaged by the United Nations and the international community, occupation is currently even more entrenched, while its complex socioeconomic toll has worsened over time,” it added.

It goes on to note that the main causes for the economic depression are “continuing loss of land and natural resources to settlements and the annexation of land in the West Bank."

Tags: Palestinian Israel
Short Link rasanews.ir/201oTS
Share
0
Please type in your comments in English.
The comments that contain insults or libel to individuals, ethnicities, or contradictions with the laws of the country and religious teachings will not be disclosed