US, Saudi cohort in sponsoring terrorism

Rasa - An activist thinks the United States is providing the regime in Saudi Arabia with weapons and information to continue its policy of death and destruction in Yemen. 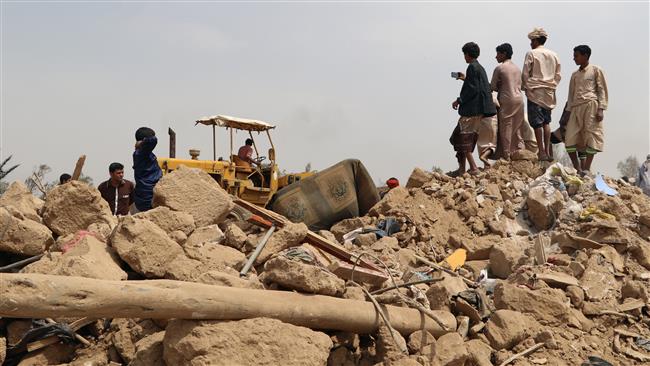 RNA - Ryan Dawson told in an interview on Tuesday that the governments in Washington and Riyadh were “cohort” in sponsoring terrorism and wreaking havoc in other countries.

“To seek out help from organizations within the US or the UK who are selling arms to Saudi Arabia is barking up the wrong tree,” because “they don’t really care about what’s happening in Yemen.”

Yemen has been suffering from a deadly campaign led by Saudi Arabia since March 2015.

The war, which has also led to a naval and aerial blockade on Yemen, has so far killed over 12,000 people.

Tags: Yemen Saudi
Short Link rasanews.ir/201oTK
Share
0
Please type in your comments in English.
The comments that contain insults or libel to individuals, ethnicities, or contradictions with the laws of the country and religious teachings will not be disclosed