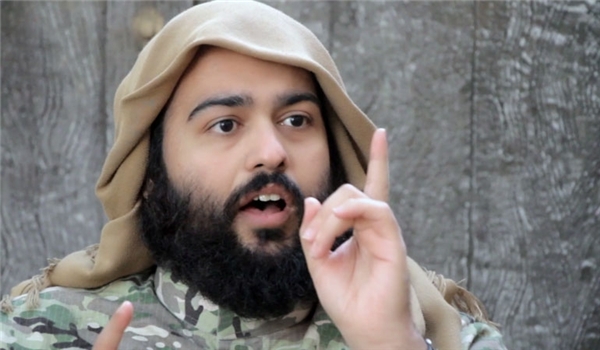 RNA - Al-Muyaysini together with another mufti of Tahrir al-Sham named Mosleh al-Aliyani in a statement released on social networks on Monday declared their separation from the terrorist alliance, the Arabic-language media reported.

Al-Muhaysini and al-Aliyani mentioned the reason behind their separation as to be recent clashes between Tahrir al-Sham and Ahrar al-Sham in Idlib province and also leakage of the audio files and disrespecting the religious leaders (muftis).

In a relevant development on Monday, media reports said that the audio files leaked in recent days indicate widening rifts among the commanders of the Al-Nusra Front terrorist group.

The commanders and religious muftis of Al-Nusra Front are at odds over a recent request by an Al-Nusra commander in Idlib who asked Chief Commander of Al-Nusra Front Abu Muhammad Julani for permission to arrest Abdullah Muhammad al-Muhaysini, the commander and Mufti (religious leader) of Tahrir al-Sham Hay'at during an upcoming visit to Al-Nusra bases, the Arabic-language al-Hadas news website reported.

Al-Julani, however, rejected the request by Al-Nusra commander in Idlib Abu Hamzeh Banesh, and told him that he would prevent further visits to Al-Nusra military bases by al-Muhaysini.

In a relevant development in late July, Tahrir al-Sham ultimately pushed Ahrar al-Sham back from Idlib city after weeks of bloody clashes in Northwestern Syria.

The Arabic-language al-Mayadeen news network quoted informed sources affiliated to the terrorist groups as saying that Tahrir al-Sham has gained full control over Idlib city and has driven the entire members of Ahrar al-Sham out of the city.

The network added that regardless of the ceasefire, fierce clashes between Tahrir al-Sham and Ahrar al-Sham are underway to take control of passageways and command centers.

In the meantime, media activists said that Al-Nusra's superiority over Ahrar al-Sham in Idlib seems to be against its interests because it has increased the possibility of imminent military operations against them by Damascus, Moscow and even Ankara.

Tags: Terror Syria
Short Link rasanews.ir/201oTG
Share
0
Please type in your comments in English.
The comments that contain insults or libel to individuals, ethnicities, or contradictions with the laws of the country and religious teachings will not be disclosed