Rasa - Over 10 civilians, including children, were killed and several more were wounded in the US-led coalition airstrikes in ISIL-held Raqqa city on Sunday. 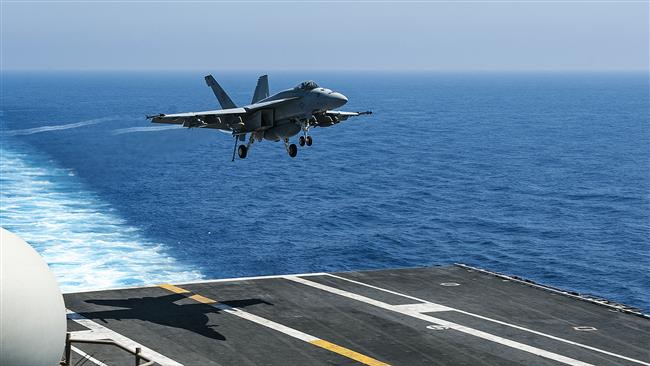 RNA - The US fighter jets targeted several districts and neighborhoods in Raqqa city, including the School area in al-Nahzah neighborhood, killing 11 civilians.

Five members of a family, including  three children, were among the dead civilians in air assault.

The death toll is likely increase due to the deteriorating conditions of some of the injured.

The Arabic-Language al-Menar TV network reported that the US warplanes bombed the position of SDF fighters near al-Nour Grand Mosque in Raqqa city, killing and wounding a number of friendly fighters.

The Syrian Observatory for Human Rights (SOHR) reported in mid-August that ninety civilians, including a number of women and children, were killed and tens of others were inured in the US-led coalition air raids in the ISIL-held city of Raqqa in five days.

SOHR reported that ninety civilians, including thirty women and children, were killed in the coalition air attack on ISIL-held Raqqa from August 14 up to 19.

SOHR further added that the death toll is on the rise due to the critical conditions of some of the inured.

Tags: US Syria
Short Link rasanews.ir/201oTC
Share
0
Please type in your comments in English.
The comments that contain insults or libel to individuals, ethnicities, or contradictions with the laws of the country and religious teachings will not be disclosed