Rasa - Al-Khalifa's Ministry of Education has published articles against the revolution of the Bahraini people in the new year school textbooks. 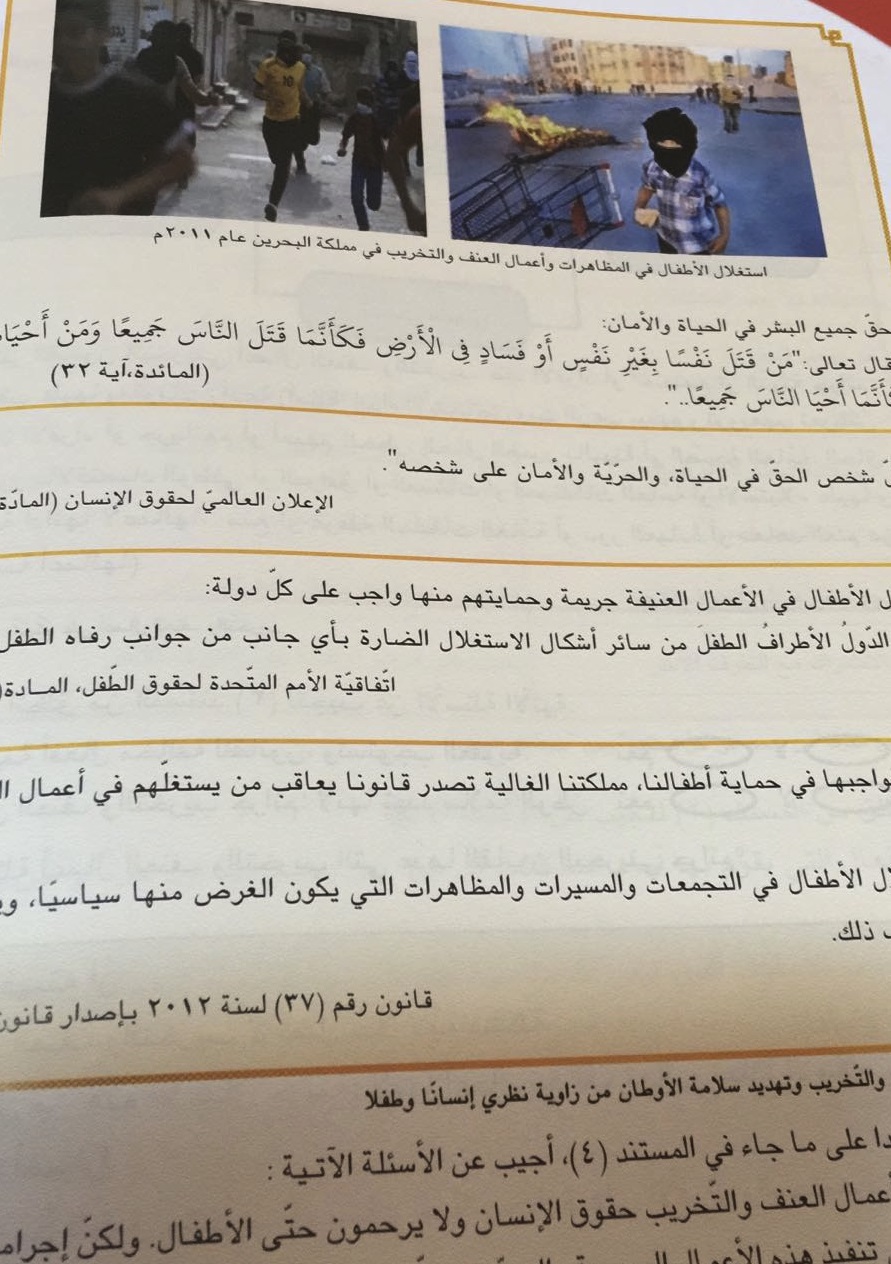 RNA - The new year's school textbooks in Bahrain has addresses the popular revolution in the country, describing it as destructive and violent acts.

For example, there are photographs of demonstrations in the books, with the note “the rioters have used children for violent acts during the 2011 demonstrations.”

The deaths of police forces of al-Khalifa have also been portrayed as martyrs and have also portrayed photographs of murder, repression and tortures of citizens as national honor and acts that “deserve compliment.”

Educational experts acknowledge that the new educational methods in Bahrain are a way of waging a widespread propaganda war by the Al-Khalifa regime against the culture and history of the country. The experts have also emphasized that these actions can not affect beliefs of generations in any way.

Tags: textbooks Al-Khalifa Bahraini Revolution bahrain
Short Link rasanews.ir/201oSl
Share
0
Please type in your comments in English.
The comments that contain insults or libel to individuals, ethnicities, or contradictions with the laws of the country and religious teachings will not be disclosed