Rasa – Hujjat al-Islam Hasan al-Masri emphasized that the opponents of the Lebanon’s relations with Syria are standing against the economic progress of Lebanon. 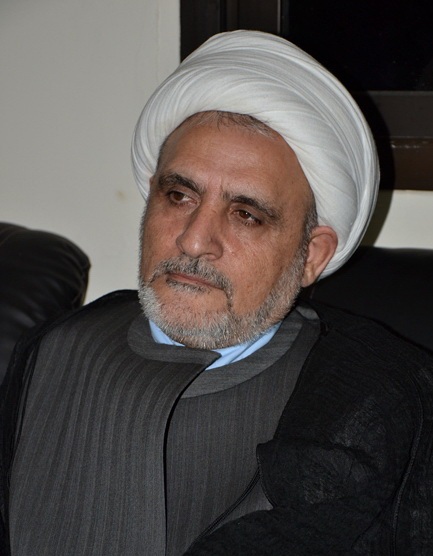 RNA – Speaking at a ceremony held at the Hermel Cultural Centre, Husayn al-Hajhasan, the Lebanese Minister of Industry, reviewed the latest developments in the country and said, “On the anniversary of the festival of al-Ghadir, we, as the followers of Imam Ali, have gathered to remember the meaning of goodness and devotion.”

The member of Hezbollah described the victory over the Takfiri project as a great achievement for Lebanon, adding, “The region is now witnessing the alignment of the two groups and we are facing a deviant and evil group.”

Hujjat al-Islam Hasan al-Masri, the vice chairman of the Amal Movement, also congratulated the Lebanese people on the liberation of the eastern borders of Lebanon, saying, “The attacks against the Islamic Resistance, which has liberated the country’s border regions from the filthy terrorists for the Lebanese people, are strange.”

Regarding Lebanon’s relations with Syria, the Lebanese Shi’ah cleric said, “Relations with Syria are completely brotherly and are a part of the Taif Agreement, which is dealt with in the constitution of Lebanon.”

The 1989 Taif Agreement was an agreement reached to provide “the basis for the ending of the Lebanese civil war and the return to political normalcy in Lebanon.”

The agreement covered political reform, the ending of the Lebanese Civil War, the establishment of special relations between Lebanon and Syria, and a framework for the beginning of complete Syrian withdrawal from Lebanon.

Hujjat al-Islam al-Masri stressed, “Our entry into the world through Syria is possible and those who don’t want relations with Syria are standing against the economic progress of Lebanon.”

Tags: Hajhasan Husayn al-Hajhasan Taif Agreement Eid al-Ghadir Ghadir Hasan al-Masri Syria Amal Movement Lebanon Hezbollah Amal
Short Link rasanews.ir/201oSc
Share
0
Please type in your comments in English.
The comments that contain insults or libel to individuals, ethnicities, or contradictions with the laws of the country and religious teachings will not be disclosed