Rasa - Iranian President Hassan Rouhani has denounced the failure of international organizations and bodies to take action toward putting an end to the violence against the Rohingya Muslims in Myanmar, saying the Muslim world cannot remain silent on the plight of the minority group. 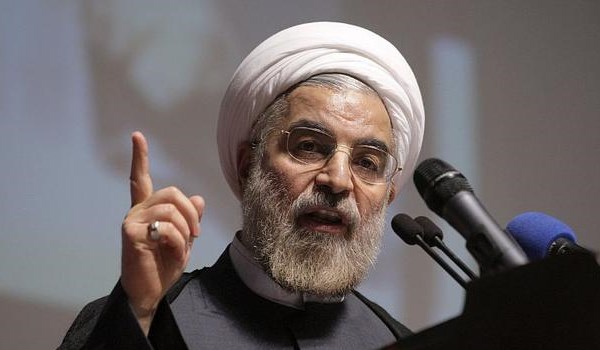 RNA - “Today, a major humanitarian crisis and an ethnic and ideological cleansing is taking place in Myanmar and hundreds of thousands of Muslims in the region have been displaced,” Rouhani told reporters in Tehran before departing for Kazakhstan’s capital of Astana on Saturday.

He added that more pressure must be exerted on Myanmar’s government and army while international organizations should take action on the issue. He also called on Myanmar’s neighboring countries such as China and Bangladesh to help the refugees.

In a fresh bout of violence, Myanmar's security forces have been attacking the Rohingya Muslims and torching their villages since October 2016 in a bid to push them out of the western state of Rakhine.

Prior to that, the Muslims were frequent targets of Buddhist mobs. Tens of thousands of Rohingya Muslims were driven from their homes in another wave of violence in 2012.

The UN refugee agency, UNHCR, confirmed Thursday that some 164,000 Rohingya Muslims had fled Rakhine to seek refuge in camps in Bangladesh since the fresh harsh crackdown against them.

Rouhani, who left Tehran at the invitation of his Kazakh counterpart Nursultan Nazarbayev, is scheduled to attend the first Organization of Islamic Cooperation (OIC) summit on science and technology in Astana, which will start on Sunday.

The Iranian president said a session would be held on the sidelines of the OIC meeting to discuss the situation in Myanmar.

He said the meeting would be held at a time that many problems such as poverty, unemployment, food insecurity, environmental challenges and water and energy shortages could be solved through science and technology.

The Iranian president emphasized that Iran has been in the forefront of Islamic civilization in the Muslim world.

Rouhani said the participants at the summit plan to discuss the proposed OIC Science, Technology and Innovation Agenda 2026, which would focus on ways to promote educational cooperation in the Muslim world and settle the problems of Muslim countries by tapping into their capacities.

He expressed hope the Astana summit would lead to the improvement of cooperation among Muslim countries in the fields of science and technology.

Rouhani also noted that he would hold talks with a number of the participants on the sidelines of the summit about the expansion of mutual and multilateral relations.

Tags: Rouhani Myanmar
Short Link rasanews.ir/201oSV
Share
0
Please type in your comments in English.
The comments that contain insults or libel to individuals, ethnicities, or contradictions with the laws of the country and religious teachings will not be disclosed