Rasa - The United Nations says some 270,000 Rohingya Muslims have fled to Bangladesh over the past two weeks amid the Myanmar government’s fresh crackdown campaign against the country’s persecuted minority group. 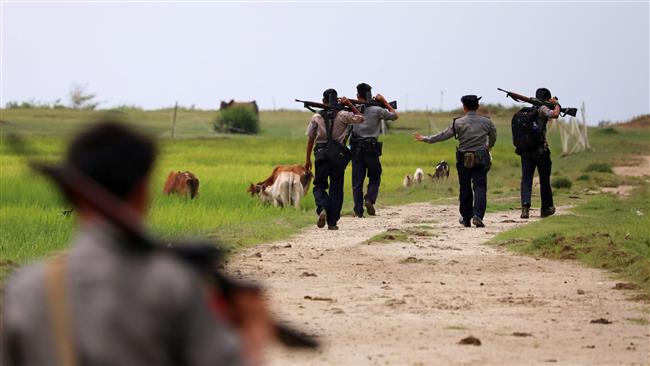 RNA - The world body estimates that more than 1,000 people may already have been killed in the violence. Massoud Shadjareh, head of the Islamic Human Rights Commission from London, and Jim W. Dean, managing editor and columnist of the Veterans Today from Atlanta discussed the issues of Rohingya Muslims in Myanmar.

Shadjareh believes that the Rohingya Muslims are facing “genocide and ethnic cleansing” at the hands of Myanmar’s government, military and the country’s majority Buddhists.

Undoubtedly, “a genocide is taking place, ethnic cleansing [is] taking place, and day by day the situation of Rohingya Muslims is actually deteriorating,” the analyst said on Friday night.

Highlighting the role of the Islamic world in reducing the sufferings of Rohingya Muslims, he said Turkey, Malaysia, Indonesia and Iran have been campaigning to support the oppressed Muslims, but no tangible help has been offered by other states.

He also criticized the international community for doing nothing to stop the persecution of Rohingya Muslims, saying, under international law, every country has the responsibility to make sure that genocide will not take place.

All the countries that are turning a blind eye to the Rohingya plight are complicit in the massacre of the Muslims, he added.

Dean, the other contributor on the panel, said that the Rohingya Muslims are “on the bottom of the barrel,” and are “one of the most abused groups of people in the world.”

He complained that Myanmar’s Muslims have been “abandoned by most of the world, including a lot of Muslim countries,” which have lined up with the Persian Gulf states in their negligence toward the Rohingya minority.

International institutions have shown they do not care about the very fundamentals of “democracy and diplomacy” when it comes to the Muslim minority in Myanmar, the commentator said.

Tags: Muslim Rohingya Myanmar
Short Link rasanews.ir/201oSK
Share
0
Please type in your comments in English.
The comments that contain insults or libel to individuals, ethnicities, or contradictions with the laws of the country and religious teachings will not be disclosed