Rasa - In the lead-up to ceasefire talks in Kazakhstan, UN Special Envoy Staffan de Mistura has said it’s time for the foreign-backed terrorist groups to recognize that they didn’t win the long war on Syria. 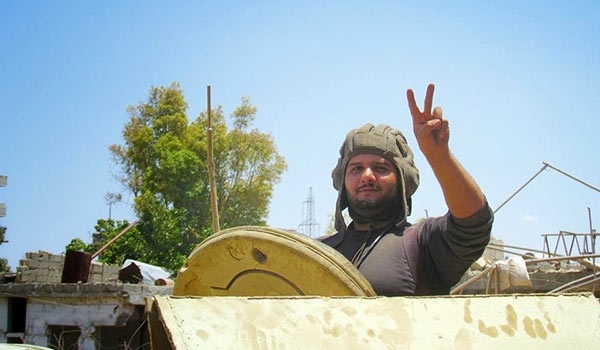 RNA - Mistura is pushing a proposal in which, as soon as the rest of ISIL territory gets overtaken by the allied forces of Iran, Syria, Russia and Hezbollah, a nationwide ceasefire would result, leading to negotiations on a permanent settlement of the conflict.

“For the opposition, the message is very clear: if they were planning to win the war, facts are proving that is not the case. So now it’s time to win the peace,” Mistura told reporters. He added that the only real victory would be a sustainable resolution.

The most significant part of the comments is not the proposal for peace talks, but the recognition that the “overthrow-Assad plan” isn’t going to be won. That’s something the regime changers have been dancing around for some time, and likely something US terror proxy forces are going to get mad at Mistura for drawing attention to.

Missing in Mistura’s comments, however, is any acknowledgement that what happened in Syria was a war crime, and a crime against humanity on the Syrian people. The US’ and Persian Gulf Arab states’ terror sponsoring, and Turkey’s callous looting made an easy decision for the UN to sideline the Syrian government for some time. And this was why we saw the Western push to get President Assad to leave prior to elections.

On the other hand, by ending the CIA program to arm and train Qaeda-allied “moderates” attempting to affect regime change in Damascus, the Trump administration has equally accepted defeat in Syria. This signals an end to America’s commitment to achieving regime change. That being said, the program was doomed from the outset:

1) The problem with the criminal program, which was running the CIA nearly a billion dollars a year, was not that it was under resourced or insufficient in scale. The problem was that its logic was wrong and out of sync with the basic demands of Syrian people for peaceful reforms.

2) Whatever the program had going for it, its criminal nature came to light after the conflict took full swing and opposition groups joined ISIL and Al-Qaeda, hence sharing US-supplied weaponry with them. The covert program’s theory of the case fell apart when it became clear that the so-called armed opposition was permeated by terrorist groups and sectarian extremists and de-linked from the civilian interlocutors with which the Syrian government was meant to compromise.

3) This signals the end of regime change operation, as America’s Arab allies have equally started to lose interest in pursuing an agenda they can no longer realistically achieve. For the sake of the argument, Saudi Arabia is now on a desperate charm offensive to normalize ties with Iran after the regime change fantasies turned into twin nightmares in both Syria and Yemen.

4) It’s now clear that not many terror backers are willing to continue with this or a similar effort absent America’s political cover and leading role. Terror sponsors – including Saudi Arabia and the UAE - are exhausted, if not checked out on the proxies entirely. Saudi Arabia, preoccupied now with its failed war on Yemen, is no longer seriously invested in regime change in Syria. Turkey has also given up on regime change, instead preferring to maintain the de-escalation deal with Iran and Russia and pursue its narrow national security ends.

5) Last but not the least, Qatar’s dispute with Saudi and the United Arab Emirates was the last nail in the coffin of regime change operation. Despite the ongoing Saudi-led blockade, Qatar has shown no signs of stepping down. Though this is clear to the outside world, the problem is that Washington is not one to accept defeat outright. Not, at least, until it has completely left its destructive mark on everything that moves in the very country it is struggling to forcibly bring to its knees.

This does touch on the fact that Washington still backs terrorist groups in Syria and elsewhere that pose an equal threat to the West states and is still continuing to back these groups quite heavily. Although it is common knowledge that the US is partnering with the Kurds, the Trump administration is actually attempting to give the Kurds as much Syrian territory as possible, conveniently taking Syria’s most oil-rich region in the process. This is intended to take the region directly out of the hands of the Syrian government, and pave the way for the country’s partition after ISIL and other terror groups are defeated.

If anything, while the US is unwilling to openly accept defeat when it comes to its Syria strategy, its wars and occupations remain completely active in the Middle East. Predicting the Trump administration’s next move is easy; you can be almost certain that the next move will not see anything close to a withdrawal from Syria or the wider Middle East region.

After witnessing the chaos from several vantage points, it is clear that from the Israeli and US side of the story, the war is no closer to a resolution today than it was more than six years ago, despite the employment of thousands of US military personnel and billions in aid to terror proxies. The only difference now seems to be Washington's wilingness to divorce the smashed terror proxies of Al-Qaeda affiliates to focus on a new plot that engages new militant proxies. Nonetheless, the conflict is not going to end on terms imposed externally by the US and company, but only when a political settlement – or “a sustainable resolution” - is reached by those who will have to live with its results i.e., the Syrian government and the Syrian people.

Tags: Terror Syria
Short Link rasanews.ir/201oRl
Share
0
Please type in your comments in English.
The comments that contain insults or libel to individuals, ethnicities, or contradictions with the laws of the country and religious teachings will not be disclosed