Rasa - Reports coming out of Syria suggest that US aircraft have evacuated 22 Daesh field commanders in Dayr al-Zawr as government forces are advancing against the Takfiri militants in the eastern city. 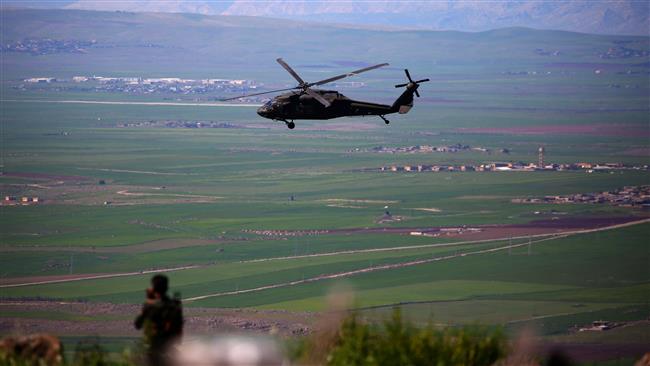 RNA - A military and diplomatic source told Russia’s Sputnik news agency on Thursday that the terrorists were taken to “safer regions” in the face of “successful actions by Syrian government troops in the eastern part of Syria in late August.”

The first evacuation operation took place on August 26, during which a "US Air Force helicopter" took two Daesh commanders of "European origin" with members of their families out of Dayr al-Zawr, the unidentified source said.

In a second such operation on August 28, US helicopters transferred 20 Daesh field commanders and militants close to them from the Syrian city, he added.

”Militants who lost their commanders due to the Americans, usually tend to cease organized actions, leave their positions, join other [Daesh terrorist] units or one by one flee,” the source pointed out.

The US-led coalition, which has been bombarding what it calls Daesh positions inside Syria, has rejected the report as “false.”

The US has long been accused of colluding with Daesh to provide safe passage and logistical support to members of the Takfiri group in conflict zones.

Earlier this week, the Syrian government forces broke the three-year-long Daesh siege on Dayr al-Zawr, the provincial capital of the oil-rich province of the same name.

Daesh has recently retreated from much of the territory under its control amid sweeping advances by Syrian army soldiers and allied fighters in the battlefield.

Tags: US Syria
Short Link rasanews.ir/201oRj
Share
0
Please type in your comments in English.
The comments that contain insults or libel to individuals, ethnicities, or contradictions with the laws of the country and religious teachings will not be disclosed