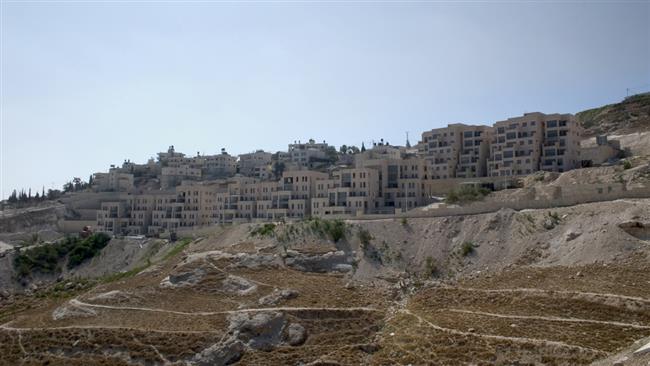 RNA - Israel’s planning and construction committee in Jerusalem al-Quds is expected to discuss the plan for the construction of 176 settler units in the heart of the predominantly Arab neighborhood of Jabel Mukaber on Sunday, the Palestinian Ma’an news agency reported.

The project, which would become the largest Israeli settlement built inside a Palestinian neighborhood, would be located adjacent to Nof Zion settlement.

The Israeli anti-settlement group, Peace Now, has censured the plan, arguing that the Israeli regime “has opened all the floodgates when it comes to settlement developments within Palestinian neighborhoods.”

It added that the settlement would “constitute a severe blow to Jerusalem” al-Quds and the prospects of the so-called two-state solution to the Israeli-Palestinian conflict.

Palestinians wants the West Bank as part of a future independent Palestinian state, with East Jerusalem al-Quds as its capital.

Tags: Quds Israel
Short Link rasanews.ir/201oRf
Share
0
Please type in your comments in English.
The comments that contain insults or libel to individuals, ethnicities, or contradictions with the laws of the country and religious teachings will not be disclosed