Rasa - Bahrain has pressed charges against more than two dozen men over an attack on police as the ruling Al Khalifah regime continues its heavy-handed crackdown against prominent figures and the country’s Shia community. 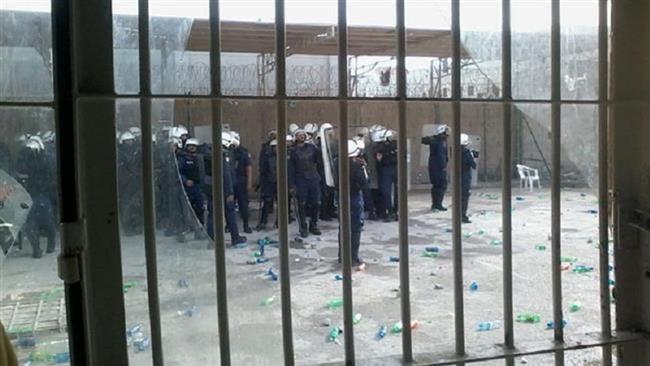 RNA - The public prosecutor's office said on Thursday that the 25 stood accused of a February 26 bombing that wounded four officers in a bus near Jaw village, southeast of the capital Manama. Among the defendants, 14 were already in detention.

Lawyers for the defendants said all of them were Shia Muslims, who form the majority of the population in the Arab state.

The charges against the defendants include alleged weapons smuggling and manufacturing, establishing or joining a terrorist group and attempted murder. The first hearing is scheduled for October 19.

The village of Jaw is home to a notorious prison. Hundreds of inmates are kept in the Jaw prison, which is Bahrain’s central detention facility for those accused of participation in peaceful pro-democracy rallies.

On March 5, the Bahraini parliament approved the trial of civilians at military tribunals in a measure blasted by human rights campaigners as being tantamount to imposition of an undeclared martial law countrywide.

On Thursday, Amnesty International accused Bahrain of retreating from promised reforms and "dramatically" escalating a clampdown on political dissent over the past year.

The US, which has naval forces in Bahrain, has kept largely silent since the crackdown began in 2011.

Tags: Al Khalifah bahrain
Short Link rasanews.ir/201oRd
Share
0
Please type in your comments in English.
The comments that contain insults or libel to individuals, ethnicities, or contradictions with the laws of the country and religious teachings will not be disclosed