Trump's rhetoric on N Korea 'could lead to great danger'

Rasa - US President Donald Trump’s provocative rhetoric on North Korea “could lead to great danger,” says retired General Michael Hayden, who served as both the director of the NSA and the CIA. 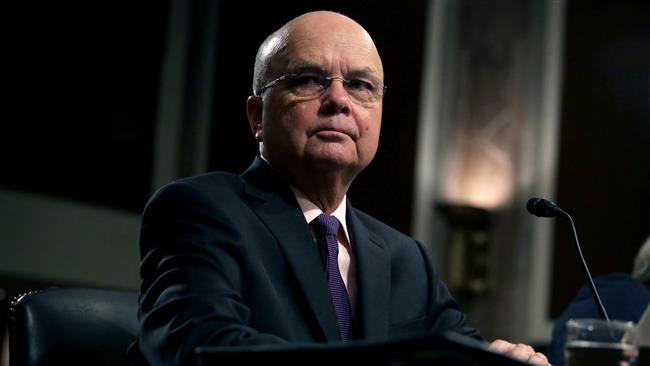 RNA - “A very tough, but a very precise statement,” Hayden told CNN on Monday, referring to Secretary of Defense James Mattis’s statement he made on Sunday, after North Korea conducted a test of a hydrogen bomb that could be placed on an intercontinental ballistic missile.

“Which is a little bit different than some of the things the president has been allowing himself to say… which have been very tough, but very imprecise, and that could lead to great danger,” Hayden said.

Trump told Japanese Prime Minister Shinzo Abe on Sunday that the US is ready to use the “full range” of capabilities, including nuclear arsenal, at its disposal in dealing with North Korea.

In his earlier remarks, Trump warned that North Korea would face “fire and fury” should it continue to threaten the United States.

Meanwhile, Mattis on Sunday warned of a “massive military response” to any North Korean threats, but he stopped short of threatening the country with a nuclear attack.

“In other words… I think he was trying to make a distinction between ‘we’re willing to pre-empt an imminent threat from North Korea but we’re not willing, it’s not our policy at least not yet, to conduct a preventive war to prevent the North Koreans from acquiring that kind of capability,” he stated.

Last week, North Korea’s leader Kim Jong-un ordered the production of more rocket warheads and engines, shortly after the United States suggested that its threats of military action and sanctions were having an impact on Pyongyang’s behavior.

Pyongyang says it will not give up on its nuclear deterrence unless Washington ends its hostile policy toward the country and dissolves the US-led UN command in South Korea. Thousands of US soldiers are stationed in South Korea and Japan.

Tags: US Trump
Short Link rasanews.ir/201oQz
Share
0
Please type in your comments in English.
The comments that contain insults or libel to individuals, ethnicities, or contradictions with the laws of the country and religious teachings will not be disclosed