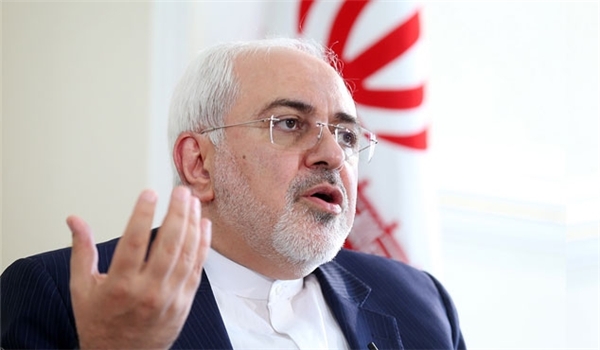 RNA - "They (the Saudis) tried to move towards increasing tension instead of soothing it and I believe that the policies that Saudi Arabia has pursued either in Syria or in Yemen and Bahrain have not favored them," Zarif said on Tuesday.

"I have not yet seen any clear prospect for change (in the Saudis' behavior); but if such a development occurs in the Saudi thought, certainly it will be a positive development and will face Iran's positive reaction," he added.

In relevant remarks in August, the Iranian top diplomat underlined that his country is in favor of good relations with its neighbors after media images displayed him shaking hands with his Saudi counterpart Adel al-Jubeir in Turkey.

"We greeted each other in a luncheon hosted by the Turkish foreign minister (in Istanbul on the sidelines of the Organization of Islamic Cooperation (OIC) extraordinary meeting on Palestine)," Zarif told reporters in Tehran.

"Although some differences exist between the two countries, our policy has always been based on the establishment of good relations with neighbors but this policy also depends on mutual respect," he added.

Zarif also underscored that "the priority of the 12th government will be having good ties with neighbors".

The warm greeting, which came as a surprise to many present reporters due to the current tension between Iran and Saudi Arabia, was initiated by Jubeir who approached Zarif with the intention to shake hands. After an embrace, the two top diplomats held talks with each other.

Tags: Zarif Saudi
Short Link rasanews.ir/201oQy
Share
0
Please type in your comments in English.
The comments that contain insults or libel to individuals, ethnicities, or contradictions with the laws of the country and religious teachings will not be disclosed