Rasa - Save the Children, an international charity that promotes children's rights and provides aid worldwide said one million children are suffering from "unlivable" conditions in the Gaza Strip. 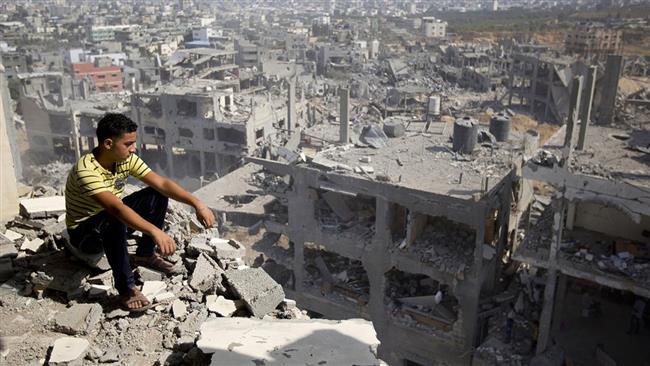 RNA - "One million children in Gaza are living in dire conditions," the group said in a statement on Tuesday. "Save the Children considers Gaza to be unlivable now", Al Jazeera reported.

The besieged Palestinian territory, where more than two million people live, has also been suffering from an energy crisis since mid-April due to a dispute over taxes between Hamas, which rules the enclave, and the occupied West Bank-based Palestinian Authority, the party of Palestinian President Mahmoud Abbas.

Gaza has also been under a tight Israeli blockade for a decade and residents have been subjected to persistent blackouts.

The continuing electricity crisis and "environmental crisis" has left the more than one million children in Gaza unable "to sleep, study or play", Save the Children said.

According to the charity, more than 740 schools are struggling to function without electricity and most families receive only two to four hours of electricity each day.

The UN found in 2012, that if nothing was done to ease the blockade on Gaza, life would become "unlivable" in by 2020.

But following the release of a UN report in July that found that living conditions had worsened since the blockade began, the international body's humanitarian coordinator for the occupied territories said that point "of unlivability had been passed quite a long time ago".

Save the Children's Caroline Anning told Al Jazeera that the "situation in Gaza is a growing humanitarian crisis".

She added that the situation "is getting worse every day".

Save the Children called on Israel to "lift the Gaza blockade and for Palestinian and Israeli authorities to provide basic services", adding that lack of such services are contributing to growing mental health issues in the enclave.

"Gaza children are already suffering through a ten-year blockage and the constant threat of conflict," Jennifer Moorhead Save the Children's country directory for the occupied Palestinian Territories, said in a statement.

"Living without access to basic services like electricity is affecting their family life and mental well-being," Moorehead said.

Hamas has run Gaza since 2007 when it seized the territory from Abbas' Fatah movement in a dispute over parliamentary elections won by Hamas the previous year.

Multiple attempts at reconciliation between Hamas and Fatah have failed, but the Palestinian Authority has continued to pay Israel for some of the electricity delivered to the enclave.

Israel has launched three offensives on Gaza since 2008, in which thousands of Palestinians were killed.

Tags: Israel Gaza
Short Link rasanews.ir/201oQs
Share
0
Please type in your comments in English.
The comments that contain insults or libel to individuals, ethnicities, or contradictions with the laws of the country and religious teachings will not be disclosed