Rohingya are being subjected to the worst campaign of genocide 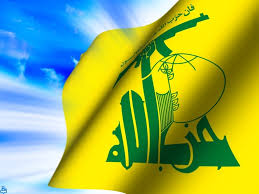 RNA – Hezbollah condemned the crimes committed against the Rohingya Muslims in Myanmar, which led to thousands of casualties and the displacement of tens of thousands of citizens.

“These oppressed people who are subjected to the most heinous genocide are the victims of the criminal regime in Myanmar, and they are the victims of international complicity against them and against Muslims around the world, especially those arrogant who reside in the world and do not sit there when there are incidents of their own interests,” Hezbollah said in a statement.

“The extermination of peoples and the encroachment of the rights of women and children, when this does not prejudice their privileges and their hellish projects in the world,” they added.

“The few painful scenes that the media leaks about the massacres in Arakan state reveal the extent of the hatred that exists in the hearts of the followers of the regime in Myanmar and who receive the active support of the world powers, including the Zionist enemy, which does not hesitate to arm the criminal army in those states with all the weapons necessary to commit its continuing crimes.”

Hezbollah called on all the living forces in our nation and in the world as a whole to raise the voice in the face of the campaign of genocide against the oppressed in the Arakan region and to do everything possible to transfer their oppressors and pressure the forces capable of lifting the injustice and liberating them from this tragic nightmare, So that they would not be false witnesses to one of the most heinous crimes of the modern age.

Tags: Rohingya Myanmar Hezbollah Rohingyas
Short Link rasanews.ir/201oQg
Share
0
Please type in your comments in English.
The comments that contain insults or libel to individuals, ethnicities, or contradictions with the laws of the country and religious teachings will not be disclosed