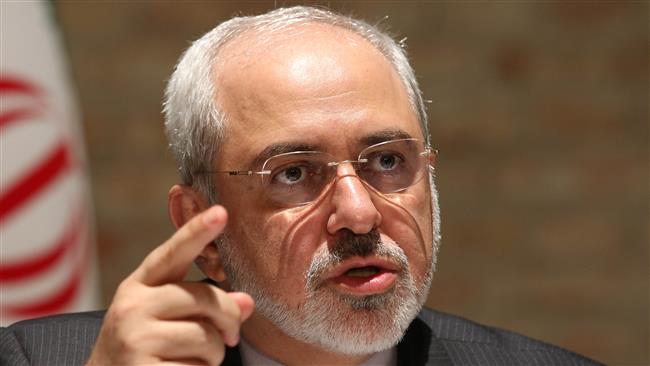 RNA - Zarif made the call in separate phone conversation on Monday with his Turkish, Malaysian and Indonesian counterparts Mevlut Cavusoglu, Anifah Aman and Retno Marsudi, respectively.

The Iranian top diplomat expressed the Islamic Republic’s deep concern about the sad situation of Rohingya Muslims, saying that Iran was prepared to help adoption of collective strategies by international organizations and Muslim countries in order to solve the ongoing crisis plaguing Myanmar’s Muslim community.

Myanmar’s military intensified attacks on Rohingya Muslims on August 25, after dozens of police and border outposts in the western state of Rakhine came under attack by an armed group, which is said to be defending the rights of the Rohingya.

According to a United Nations report published on Monday, a total of 87,000 mostly Rohingya Muslims—including women and children, many with bullet wounds— have arrived in Bangladesh since last month.

In a tweet on Wednesday, Zarif criticized the global community for remaining silent on the persisting violence against the Rohingya Muslims, calling for "crucial" action to end the acts of aggression against the minority group.

Iran has called on the government in Myanmar to halt the continued violations of the rights of Rohingya Muslims and end the present violent situation in the country.

Tags: Iran Zarif Myanmar
Short Link rasanews.ir/201oQb
Share
0
Please type in your comments in English.
The comments that contain insults or libel to individuals, ethnicities, or contradictions with the laws of the country and religious teachings will not be disclosed