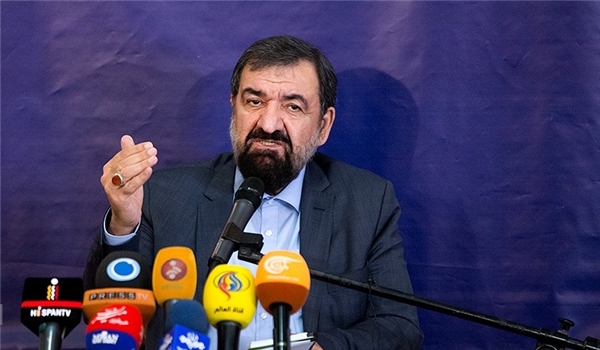 RNA - "After the Riyadh conference and meeting with (US President Donald) Trump, the Saudi officials have adopted new policies and if the Saudi government wants to adopt a sincere approach towards the Muslim world, it should apologize to the Yemeni, Syrian, Iranian and Bahraini people for its wrong behavior and if it doesn’t, it shows the insincerity of the country's rulers in their future behavior," Rezayee told reporters in a press conference in Baghdad on Sunday.

He underscored that the Saudi Arabia's shift in policies was natural after its failures in Syria, Yemen and Bahrain and in laying siege on Qatar.

In relevant remarks in 2016, Iranian President Hassan Rouhani blasted Saudi Arabia for supporting terror groups and launching wars of aggression against the Muslim nations, and said Riyadh should apologize for what it has done.

"If Saudi Arabia apologizes a hundred times to the Muslim nations for what it has done in the region, for the massacre of the Muslims, and for the Mina incident, it will still be not enough," President Rouhani said at a press conference in Rome.

He further maintained that Tehran does in no way seek continued tensions with Riyadh.

Tags: Iran Saudi
Short Link rasanews.ir/201oQQ
Share
0
Please type in your comments in English.
The comments that contain insults or libel to individuals, ethnicities, or contradictions with the laws of the country and religious teachings will not be disclosed