Rasa - ISIL's repeated defeats and failures in Iraq and Syria have left the terrorist group a shrinking room to hide and recruit forces and it is much likely to transfer forces to safe regions in North Africa, an Arab media outlet said on Sunday. 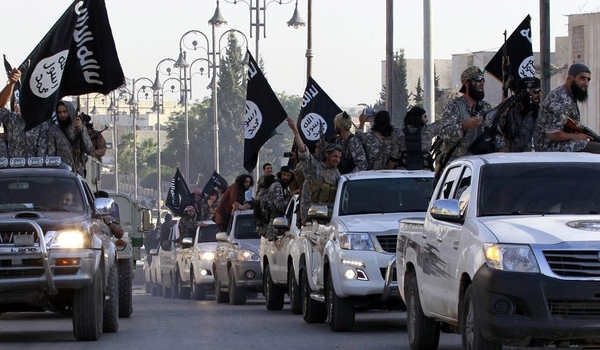 RNA - "The Syrian government forces' advances have left a few options for ISIL and it seems that ISIL can just find hideouts in the three regions of Derna, Benghazi and Cert in Libya," al-Qods al-Arabi newspaper wrote in an analysis on Sunday.

"They also use Libya as a training center for training and equipping suicide bombers, specially those who come from Tunisia," it added.

The newspaper also referred to al-Qaeda Leader Mokhtar Belmokhtar's presence in Libya, and said he is the main obstacle to ISIL's advance in Southern Libya, Niger and Northern Mali unless the ISIL works out an agreement with him for alliance.

For more than two years, fighters from the ISIL have exploited civil war chaos in Libya to establish control over large stretches of the coastline and pockets of territory elsewhere.

Now there are fears that ISIL fighters are eyeing up neighboring Tunisia to expand what they describe as the ISIL caliphate.

Tags: Syria ISIL Iraq africa
Short Link rasanews.ir/201oQG
Share
0
Please type in your comments in English.
The comments that contain insults or libel to individuals, ethnicities, or contradictions with the laws of the country and religious teachings will not be disclosed