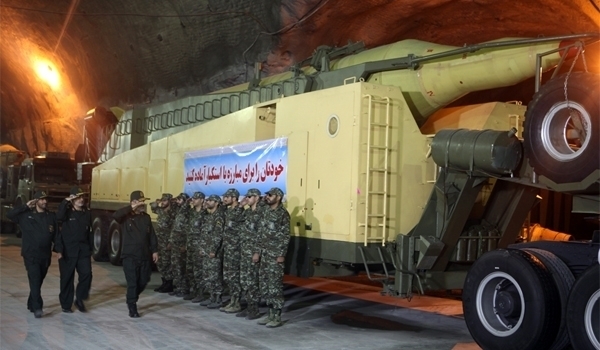 RNA - "Inspection of the military centers follows special rules and is among the Islamic Republic's red lines and this has been declared by all Iranian officials," General Gheib-Parvar told reporters in Tehran on Sunday.

He said the western states are also aware that such demands and claims are worth nothing, and pointed out that inspection of Iran's military facilities is no main objective as the US and its allies would not stop short of any action until achieving their main goal that is the collapse of the Islamic Revolution.

"They know better than anybody else that inspection of our military areas is prohibited," General Gheib-Parvar said.

In relevant remarks late last month, Iranian Government Spokesman Mohammad Baqer Nobakht dismissed the US demand for inspection of Iran's military centers, stressing that these centers are secret and not open to everyone.

"Iran's military facilities are secret and not everyone can access them. They (the Americans) are just speaking their wishes and we defend our national interests," Nobakht told reporters in Tehran.

He also referred to the remarks by US Ambassador to the UN Nikki Haley who demanded the IAEA to visit Iran's military sites, and said her comments are not worthy of listening or receiving attention.

Also in August, Iranian Foreign Ministry Spokesman Bahram Qassemi said his country will not bow to the US demand and pressure on the IAEA to visit Iran's military sites.

"We don’t allow others to step into banned zones based on the nuclear deal, and the Agency's inspection will be certainly carried out within the framework of our internal policies," Qassemi said in reaction to Haley's demand from the IAEA to visit Iran's military sites.

"We will not surrender to certain governments' excessive demands," he underscored.

Qassemi also expressed confidence that given its independence and responsibility to defend its international position, the IAEA is not likely to accept other countries' illogical and unrealistic demands.

The IAEA is tasked with monitoring Iranian compliance with the deal, a basically technical matter that falls within the agency’s area of expertise. The IAEA has consistently verified that Iran is in compliance since the deal started being implemented in January 2016.

The US is a party to the nuclear deal, which was negotiated under former US president Barack Obama. But the administration of US President Donald Trump, which took over in January this year, has been opposed to the accord and is believed to be looking for a way to potentially withdraw from it.

Apparently toward that end, Trump has ordered a “review” of the deal and has assigned a team of his confidantes to provide him with “options” other than certifying Iranian compliance to the Congress, which is a US contractual commitment necessary for the Congress to continue withholding nuclear-related sanctions against Iran.

Haley had earlier traveled to Vienna, where the IAEA is headquartered, as part of the Trump administration’s “review” of the deal. There, she met with IAEA Director General Yukiya Amano.

Tags: Military Sites US Iran
Short Link rasanews.ir/201oQF
Share
0
Please type in your comments in English.
The comments that contain insults or libel to individuals, ethnicities, or contradictions with the laws of the country and religious teachings will not be disclosed