Rasa - The Iranian foreign ministry announced on Sunday that it does not recognize UN Special Rapporteur on the human rights situation in Iran Asma Jahangir's reports, stressing that she is influenced by political and selective approaches of certain countries towards Tehran. 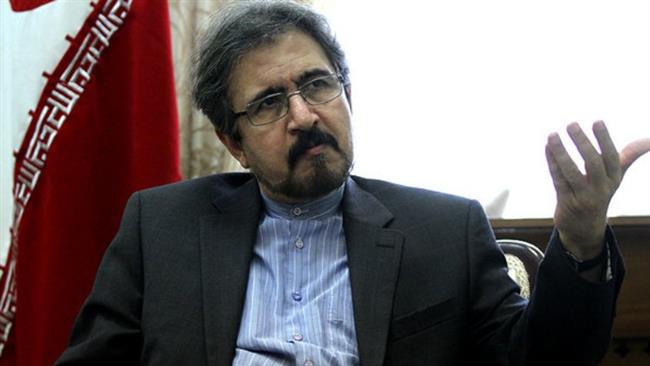 RNA - "The Islamic Republic of Iran does not recognize and fully rejects as unacceptable the report that has been compiled by the special rapporteur and deeply believes that the mission she is tasked with is based on a resolution drafted based on fully political and selective goals and intentions of certain countries which pursue specified goals," Foreign Ministry Spokesman Bahram Qassemi said.

In relevant remarks in March, Qassemi had blasted the UN Human Rights Council's move to extend the mission of Asma Jahangir in Iran.

He described the move as an instrumental and political use of the human rights issue by certain Western countries against other countries of the world.

Despite lack of support from most of its members and relying on the votes of a particular political bloc and a number of its agents in the region, the UN Human Rights Council has extended the mission of the special human rights rapporteur in Iran for the seventh consecutive year, Qassemi said.

Tehran condemns “pursuing such non-constructive, hostile and abortive approach through exerting pressure on other countries to win their support for approving an anti-Iran resolution”, he said.

Qassemi voiced regret that such “biased and unrealistic manner” would only lead to increasing discrediting the UN human rights system and those of certain countries who aim to damage the image of independent states such as Iran instead of improving the situation of the human rights.

He also lashed out at other regional states who supported the anti-Iran resolution in order to cover cases of human rights violation in their own countries as well as their war crimes and crimes against humanity.

The Iranian spokesperson emphasized that the Islamic Republic strongly believes that such an approach would have no result other than sacrificing human rights and increasing the world public opinion's mistrust in international human rights mechanisms.

The resolution, which has not been endorsed by the Islamic Republic of Iran and most countries in the Human Rights Council, lacks necessary credibility and professional support, Qassemi said, adding that Tehran would not recognize the special rapporteur who has been missioned based on a politically-motivated and selective resolution of certain countries.

The Islamic Republic of Iran has always been voicing its willingness and determination for pursuing the approach of dialog as well as constructive and purposeful cooperation with the UN and other countries as the best way to promote human rights situation based on internationally eligible mechanisms, he stressed.

Qassemi said Iran also believes that the closest way to review the human rights situation in all countries on a fair basis is through the Universal Periodic Review (UPR) of the UN Human Rights Council which is based on the principles of universality, non-discrimination, equality, non-selective attitude and non-politically-motivated acts, adding that Tehran's objective is to boost such mechanisms.

Tags: Iran UN Human rights
Short Link rasanews.ir/201oQ5
Share
0
Please type in your comments in English.
The comments that contain insults or libel to individuals, ethnicities, or contradictions with the laws of the country and religious teachings will not be disclosed