Rasa - Tens of thousands of American citizens have signed a petition that calls on the US President Donald Trump to declare Jewish billionaire George Soros a terrorist and to seize all his assets. 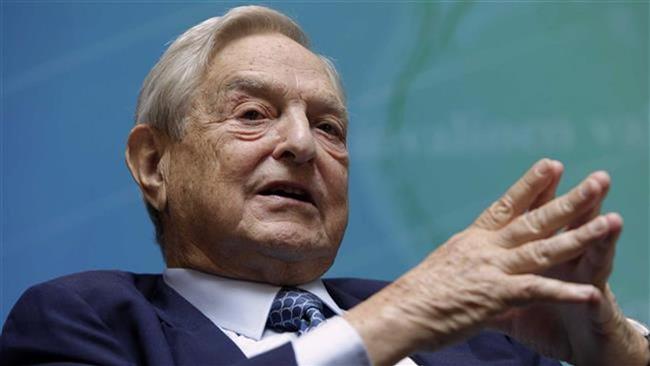 RNA - More than 80,000 people have signed the petition on the White House website since its launch on August 20, accusing Soros and his affiliates of systematic attempts to destabilize the situation and “commit acts of sedition” against the United States and its citizens.

The petition's author known as E.B. says the billionaire has created multiple organizations and funded them with a sole purpose to apply modern terrorist tactics for destroying the US government.

“Soros has created and funded dozens (and probably hundreds) of discrete organizations whose sole purpose is to apply Alinsky model terrorist tactics to facilitate the collapse of the systems and Constitutional government of the United State, and has developed unhealthy and undue influence over the entire Democrat Party and a large portion of the US Federal government,” the petition says.

“The DOJ [Department of Justice] should immediately declare George Soros and all of his organizations and staff members to be domestic terrorists, and have all of his personal an organizational wealth and assets seized under Civil Asset Forfeiture law," the petition says.

The document was signed by 80,542 people up until late Friday and needs further 19,458 signatures to reach the threshold of 100,000 by September 19 to get a response from Trump’s administration.

Soros is the founder and head of the Soros Fund Management hedge fund and one of the world’s wealthiest people. According to Forbes, his fortune is estimated at about 25 billion dollars.

Soros was a supporter of Trump’s Democratic rival, Hillary Clinton, during the 2016 US presidential election, pouring millions of dollars into her campaign. The Jewish business tycoon predicted in January that Trump was a “would-be dictator” who would fail, and UK Prime Minister Theresa May would not remain in power following Brexit.

Tags: George Soros Terrorist
Short Link rasanews.ir/201oPa
Share
0
Please type in your comments in English.
The comments that contain insults or libel to individuals, ethnicities, or contradictions with the laws of the country and religious teachings will not be disclosed