Rasa - The European Union’s top terror official has warned that Britain is home to up to 25,000 Takfiri extremists who could pose a terrorist threat to the country as well as other EU countries. 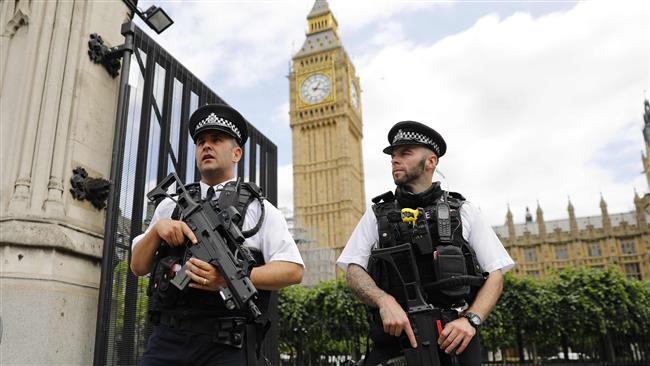 “We are going to suffer more attacks,” he said.

“The majority, except Brussels and Paris, were not directed from Raqqah but inspired, and then ISIS (Daesh) claimed responsibility,” he said, referring to the Syrian city considered the de facto capital of the Daesh terrorist group.

“The group’s propaganda no longer calls so much for people to travel to the ‘caliphate’, but to launch attacks in their places of origin or of residence, even on a small scale with homemade weapons,” he continued.

British officials have already warned that the threat from home-grown extremists who are barred from joining Daesh terrorists operating in Syria and Iraq is increasing.

De Kerchove said that Britain has the highest known number of extremists in Europe, and out of these some 25,000 extremists about 3,000 are considered a direct threat by MI5 – Britain’s domestic counter-intelligence and security agency.

Britain has recently been targeted by several Daesh claimed terrorist attacks. The country increased terror threat level to critical in the aftermath of a bombing that killed at least 22 people, including seven children, at the Manchester Arena at the end of a concert back in May.

Later in June, two attacks claimed the lives of at least ten people in central London. Three men rammed a van into people on London Bridge before launching knife attacks on people somewhere else in Borough Market. Both attacks were later claimed by Daesh.

A recent car rampage, which was also claimed by the Takfiri group in the Spanish city of Barcelona, is said to  have been inspired by the London Bridge attack, according to security officials.

UK Prime Minister Theresa May famously has said that she is willing to change human rights laws in order to “restrict the freedom and the movements of terrorist suspects.”

“If human rights laws stop us from doing it, we will change those laws so we can do it,” she said in early June.

Tags: Terror UK
Short Link rasanews.ir/201oPZ
Share
0
Please type in your comments in English.
The comments that contain insults or libel to individuals, ethnicities, or contradictions with the laws of the country and religious teachings will not be disclosed