Rasa - The US-led coalition purportedly fighting the Daesh Takfiri terrorist group claims that dozens of people have lost their lives as a result of fresh aerial attacks by the military alliance against alleged militant positions in Iraq and neighboring Syria. 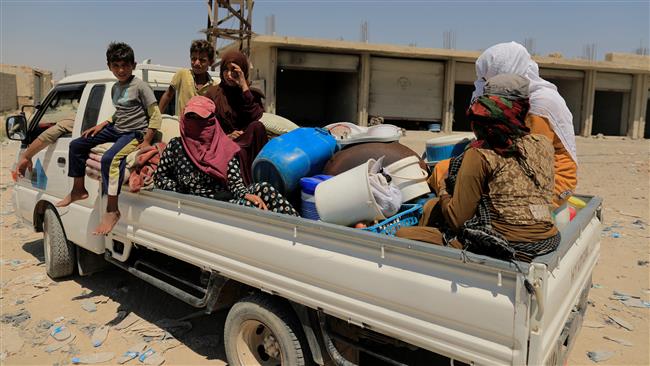 RNA - The coalition said on Friday it had confirmed another 61 likely civilian deaths caused by its strikes in both conflict-ridden Arab countries.

The figure soared to 685 the number of civilians the Western contingent has acknowledged killing since the United States and some of its allies started their aerial bombardment campaign three years ago.

In July, the coalition said in a statement that it had investigated 37 reports of civilian casualties. It claimed that only 13 of the reports were credible, adding there were an estimated 61 unintentional civilian deaths.

The statement further alleged that the US-led force is looking into another 455 reports of civilian casualties caused by its artillery or airstrikes.

On May 25, the Pentagon acknowledged that at least 105 civilians had lost their lives in a US airstrike against Mosul’s western al-Jadida district on March 17. Iraq's Kurdish-language Rudaw television network, however, put the death toll at 237 then.

The military alliance has repeatedly been accused of targeting and killing civilians. It has also been largely incapable of fulfilling its declared aim of destroying Daesh.

Tags: US Syria
Short Link rasanews.ir/201oPT
Share
0
Please type in your comments in English.
The comments that contain insults or libel to individuals, ethnicities, or contradictions with the laws of the country and religious teachings will not be disclosed