Video shows US officer saying 'We only kill black people'

Rasa - A white police officer in the US state of Georgia was caught on camera during a traffic stop last year saying officers "only kill black people," bringing the issue of US police brutality and racial discrimination to the limelight again. 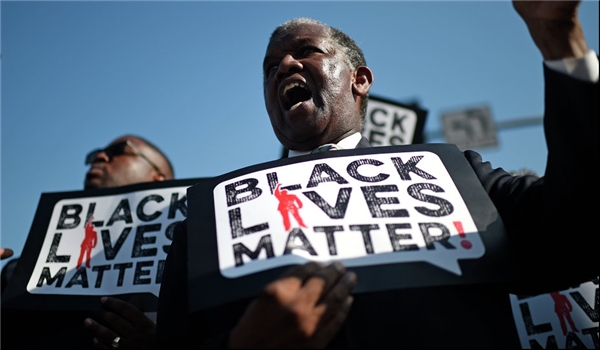 The video of the incident, which took place in July 2016, was first reported on Wednesday by CNN affiliate WSB-TV in response to an open records request.

"The statements were inexcusable and inappropriate," Register told reporters. "I don't know what's in [Abbott's] heart, but I certainly know what came out of his mouth."

Abbott's lawyer, Lance LoRusso, said in a statement that his client's comments "must be observed in their entirety to understand their context." He said Abott was attempting to de-escalate a situation involving an uncooperative passenger.

A portion of the video from the police dashboard camera shows Abbott trying to persuade a woman to exit her vehicle so he can impound her car.

Much of the conversation is inaudible. When he tells her to reach for her phone in her lap, she responds, "I just don't want to put my hands down."

"I've just seen way too many videos of cops..." she continues amid the garbled crosstalk, prompting his response.

Register acknowledged that the internal review suggested Abbott was probably trying to be “sarcastic" to resolve the issue. However, he said that no matter the context, such statements weaken the public's trust in law enforcement.

The video caused widespread outcry after its release, leading to the department's recommendation to terminate Abbott's employment, Register said.

US police departments have been under heightened scrutiny in recent years for the disproportionate number of police killings of African Americans.

At least 1,093 people were killed by police in the US last year, according to the Guardian newspaper's The Counted database.

Last week, UN human rights experts urged the US government to "unequivocally and unconditionally" condemn racist speech and hate crimes, warning that a failure to do so could fuel further violent clashes by white supremacist groups.

The UN warning specifically noted the August 12 rally in Charlottesville, Virginia, where deadly clashes broke out between white supremacists and counter-protesters.

US President Donald Trump has been widely criticized for his response to the Charlottesville rally after he said "both sides" were to blame for the violence.

Tags: Black US
Short Link rasanews.ir/201oPL
Share
0
Please type in your comments in English.
The comments that contain insults or libel to individuals, ethnicities, or contradictions with the laws of the country and religious teachings will not be disclosed