Rasa - Muslims in Iran and across the globe are celebrating Eid al-Adha (Feast of Sacrifice), an important festival on the Islamic calendar which marks the climax of the annual Hajj pilgrimage. 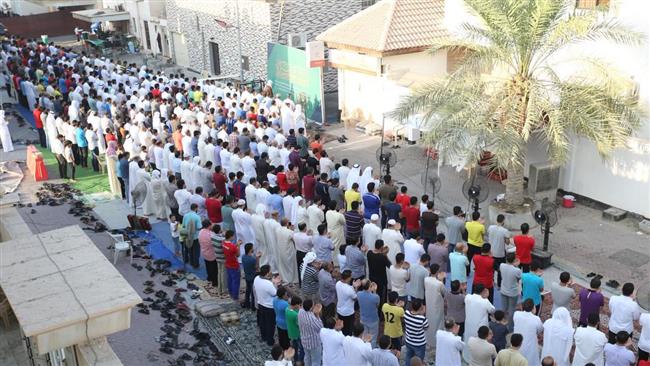 RNA - During the festivities, which fell on Friday this year, Muslims pay tribute to Prophet Ibrahim’s submission to the divine order of sacrificing his son.

Trying to perform the act of ultimate abnegation, Ibrahim, however, was sent a sheep through Archangel Gabriel to sacrifice instead.

Ibrahim’s obedience thus helped him pass the supreme test of subservience to God, and has been serving as an ageless model for the Muslim faithful.

The devotees celebrate the annual occasion by saying prayers, sacrificing livestock and serving the meat to the needy.

The rituals constitute a high point in the Hajj rituals, which have been underway in Mecca, Saudi Arabia, since Wednesday.

An estimated two million Muslims have reached the holy city, to observe the pilgrimage -- itself a mandatory religious duty and a display of Muslim unity – which is to last until Monday.

Eid al-Adha is celebrated for three straight days, the last of which is to witness Muslims performing the ‘Stoning of the Devil’ in Mina, near Mecca.

On the day, which also coincides with the last day of the Hajj rituals, Muslims throw stones at a pillar representing the devil.

In Syria, President Bashar al-Assad gave prayers in the town of Qara, near the Qalamoun enclave, from which the army and Hezbollah fighters dislodged Daesh and other Takfiri terrorists last month.

The Syrian president was shown on state television standing and kneeling on a green carpet in a packed mosque alongside religious leaders as he followed the imam giving prayers.

The departure of Daesh and other terrorist groups from the Western Qalamoun district means the border with Lebanon is Syria's first to be controlled entirely by its army since early in the conflict.

The Daesh terrorists who evacuated the district under a deal with Hezbollah remained stuck in a convoy on Friday, two days after the US used airstrikes to block them from crossing into the main terrorist haven in eastern Syria.

Qara is only a few miles from the pale, dry mountains delineating the frontier with Lebanon, where Daesh and other terrorist groups held territory until August.

The Daesh militants in the border pocket accepted a truce and evacuation deal after simultaneous but separate offensives by the Lebanese army on one front and the Syrian army and Hezbollah on the other.

Tags: Muslim Eid Al-Adha Prayer
Short Link rasanews.ir/201oPJ
Share
0
Please type in your comments in English.
The comments that contain insults or libel to individuals, ethnicities, or contradictions with the laws of the country and religious teachings will not be disclosed