Rasa - The ISIL has been forced to abandon several regions along the Sukhnah-Deir Ezzur Highway after the Syrian army made major advances in Eastern Homs, a government source reported on Friday. 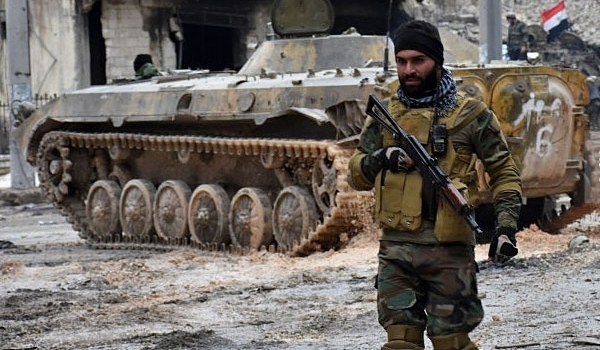 RNA - The source said that a large number of ISIL terrorists have been moved from the Syrian Desert in Eastern Homs to Western Deir Ezzur in anticipation of the Syrian Army’s eventual attack to lift the siege on the provincial capital.

The source added that with thousands of ISIL terrorists in-and-around the town of al-Shoula and Panorama region of Western Deir Ezzur, the army will have to prepare for heavy resistance from the terrorist forces who already have their backs against the wall in the province.

If the Syrian Army manages to lift the siege on Deir Ezzur city, they will have to prepare for arguably the largest and most violent battle with the ISIL in this six year long conflict.

Field sources reported on Wednesday that the army troops approached the border between the Homs and Deir Ezzur provinces and deployed at a distance 70km away from Brigade 137 base in the Southern outskirts of Deir Ezzur after their recent rapid advances along the al-Sukhnah-Deir Ezzur road.

The source further said that the army captured several points East of Tal (hill) SyriaTel along the al-Sukhnah-Deir Ezzur highway.

The source went on to say that army's control over Mount Zahak al-Sharqi along the al-Sukhnah-Deir Ezzur highway played a significant role in fortifying the newly-captured positions along the highway.

The army troops' further advance along the highway would take them to the first town in Deir Ezzur province, Kabajeb.

Tags: Terrorist Syria
Short Link rasanews.ir/201oPI
Share
0
Please type in your comments in English.
The comments that contain insults or libel to individuals, ethnicities, or contradictions with the laws of the country and religious teachings will not be disclosed