Senior Advisor to Iranian Speaker: No Difference between Obama, Trump

Rasa - Senior Advisor to the Iranian Parliament Speaker Hossein Amir Abdollahian underlined that Tehran sees no difference between an Obama administration and a Trump administration, as the only difference lies in their manners. 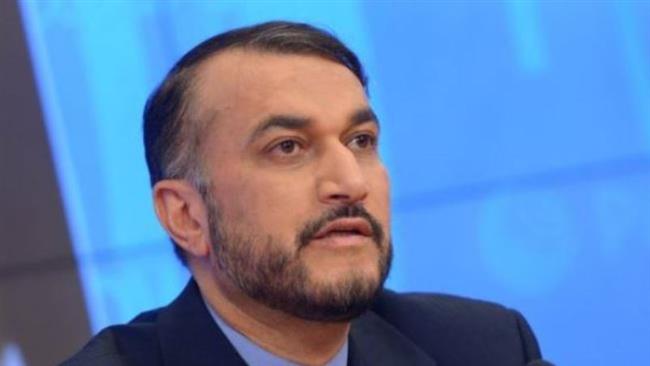 RNA - "I think that there is no difference between Obama and Trump in nature with regard to the nuclear issue," Amir Abdollahian said on Tuesday.

Noting that Obama used the carrot and stick policy against Iran in the form of diplomatic smile along practicing the policy of containment, he said, "Mr. Trump is also doing what Obama did and the difference is that Trump does things with hues and cries and declares what he intends to do but Obama's words and behavior were different in that respect."

In relevant remarks earlier this month, Iranian Foreign Ministry Spokesman Bahram Qassemi underlined that Tehran doesn’t feel anxious over the recent positions and threats made by the new US president, adding that Donald Trump will soon come to comprehend the realities.

"The US has adopted any hostile action that it could against Iran so far and the (Iranian) people have stood against the former US administrations' excessive demands and have not made any concessions," Qassemi said in an interview with the Iran-based Arabic-language al-Alam news channel.

"We are not so much concerned about Trump because they will finally understand the realities of Iran and its power in the region," he added.

Qassemi underscored that were the US able to implement its aggressive plots against Iran, it would do them already.

Also in February, Iran's Supreme Leader Ayatollah Seyed Ali Khamenei in sarcastic remarks to the US president thanked Trump for showing the true face of his country to the world, and meantime told him that Iranians are too powerful to be intimidated by his threats.

"We are not thankful of that (Obama's) administration at all because it imposed heavy sanctions (against Tehran) with the aim of crippling the Iranian nation and the Islamic Republic and of course, it didn’t attain its goal as no other enemy will be able to cripple this great nation either," Ayatollah Khamenei said in Tehran, addressing the Army's Air Force and Air Defense commanders and personnel.

Ayatolllah Khamenei, meantime, thanked Trump for showing Washington's real face to the world, and said he proved the correctness of Iran's warnings about the political, economic, social and moral corruption in the US ruling system.

Tags: Hossein Amir Abdollahian Abdollahian Obama Trump Trump
Short Link rasanews.ir/201nHM
Share
0
Please type in your comments in English.
The comments that contain insults or libel to individuals, ethnicities, or contradictions with the laws of the country and religious teachings will not be disclosed