Rasa - US Democratic Senator and former presidential candidate Bernie Sanders called for an end of the “50-year occupation” of the Palestinian territory by Israel. 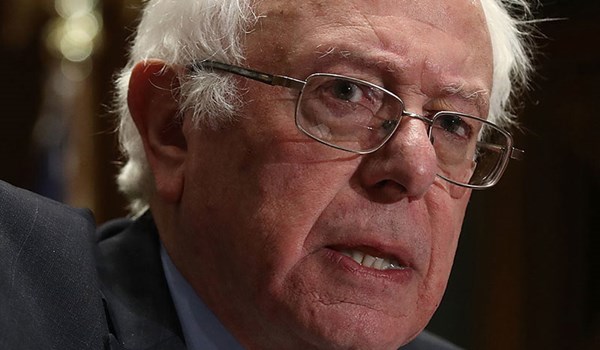 RNA - Sanders compared Palestinians who fled their homes in the lead to the founding of Israel in 1948 to Native Americans, Middle East Eye reported.

“The founding of Israel involved the displacement of hundreds of thousands of people already living there, the Palestinian people,” he said. “Over 700,000 people were made refugees.”

" We must recognize that Israel’s continued occupation of Palestinian territories and its daily restrictions on the political and civil liberties of the Palestinian people runs contrary to fundamental American values."

Sanders also condemned anti-Semitism and all kinds of bigotry, calling on President Donald Trump and his cabinet to denounce hate.

"When we see violent and verbal racist attacks against minorities, whether they are African-Americans, Jews, Muslims in our country, immigrants in our country,... these attacks must be condemned at the highest levels of our government," the senator said.

Tags: Bernie Sanders US
Short Link rasanews.ir/201nHB
Share
0
Please type in your comments in English.
The comments that contain insults or libel to individuals, ethnicities, or contradictions with the laws of the country and religious teachings will not be disclosed