Rasa - Two British universities have been accused of undermining freedom of speech after cancelling an annual pro-Palestinian event aimed at raising awareness about human rights violations in the occupied territories. 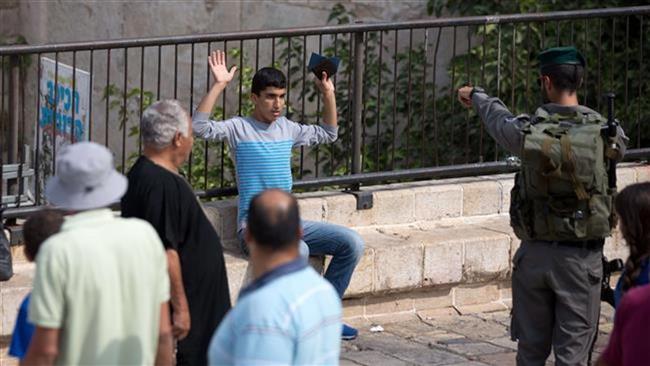 RNA - The accusation was leveled on Monday after the University of Exeter and the University of Central Lancashire (UCLan) announced the cancellation of a pro-Palestinian student-run event called Israel Apartheid Week.

Students at Exeter were barred from giving a street theater performance called Mock Checkpoint, in which some participants were to dress up as Israeli soldiers while others performed the roles of Palestinian victims.

The event had been approved by the student union at the university but was banned for “safety and security reasons” less than 48 hours before commencement. An appeal against the decision was also refused.

Members of Friends of Palestine Society at Exeter accused the university of censoring students, saying, “They are not allowing freedom of speech – by cancelling an event that was in support of Palestinian activism and for Palestinian rights; they are directly censoring us.”

The move prompted almost 250 academics, including 100 professors, to sign a letter denouncing attempts by university officials to silence campus discussion about Israel and its treatment of Palestinians.

“These are outrageous interferences with free expression, and are direct attacks on academic freedom,” the letter noted. “As academics with positions at UK universities, we wish to express our dismay at this attempt to silence campus discussion about Israel, including its violation of the rights of Palestinians for over 50 years.

“It is with disbelief that we witness explicit political interference in university affairs in the interests of Israel under the thin disguise of concern about anti-semitism,” it added.

More than half a million Israelis live in over 230 illegal settlements built since the 1967 Israeli occupation of the Palestinian territories of the West Bank and East Jerusalem al-Quds.

Much of the international community regards the Israeli settlements as illegal because the territories they are built on were captured by Israel in a war and are hence subject to the Geneva Conventions, which forbid construction on occupied lands.

Nevertheless, the Israeli regime continues to build more settlements and expand the existing ones.

Tags: Israel Israel Palestin
Short Link rasanews.ir/201nHA
Share
0
Please type in your comments in English.
The comments that contain insults or libel to individuals, ethnicities, or contradictions with the laws of the country and religious teachings will not be disclosed