Rasa - The UN Special Rapporteur on the situation of human rights in Myanmar called for urgent action by local authorities to end the suffering of the Rohingya population in the South East Asian country. 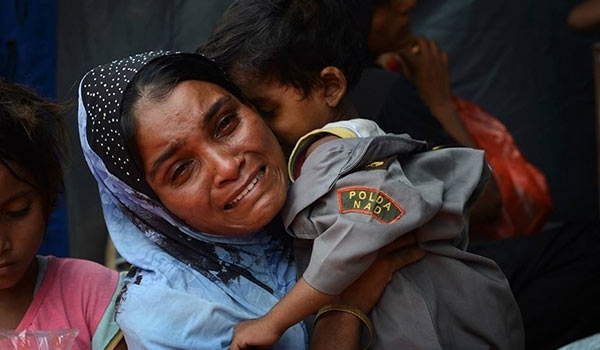 RNA - Concluding a four-day visit to parts of Bangladesh where she met with members of Myanmar's Rohingya community who fled the violence there following attacks on a border post in early October and the ensuing military operations, Yanghee Lee, the UN Special Rapporteur on the situation of human rights in Myanmar, said, “The magnitude of violence that these families have witnessed and experienced is far more extensive than I had originally speculated”, the Nation reported.

She recounted several allegations of horrific attacks including the slitting of some people's throats, indiscriminate shootings, houses being set alight with people tied up inside and very young children being thrown into the fire, as well as gang rapes and other sexual violence.

Earlier this month, the Office of the UN High Commissioner for Human Rights (OHCHR) issued a flash report, based on its interviews with the people who fled Myanmar, in which it documented mass gang-rape, killings, including of babies and young children, brutal beatings, disappearances and other serious human rights violations by the country's security forces.

In addition to the alleged human rights violations occurring within the context of the security operations that followed the 9 October attacks, Ms. Lee also highlighted today how the Government of Myanmar appears to have taken, and continues to take, actions which discriminate against the Rohingya and make their lives even more difficult.

“I urge the Government of Myanmar to immediately cease the discrimination that the community continues to face, to act now to prevent any further serious rights violations and to conduct prompt, thorough, independent and impartial investigations into those already alleged to have occurred,” the UN rights expert said.

“We all owe it to those I have met and their fellow community members to do everything in our power to ensure this is done and to give the Rohingya people reason to hope again,” she added.

During her mission to Bangladesh, Ms. Lee visited Dhaka and the town of Cox's Bazar, located near its border with Myanmar, where many members of the Rohingya community had fled to. Ms. Lee will present her full report to the UN Human Rights Council on March 13.

Tags: Muslim Rohingya UN Myanmar
Short Link rasanews.ir/201nH9
Share
0
Please type in your comments in English.
The comments that contain insults or libel to individuals, ethnicities, or contradictions with the laws of the country and religious teachings will not be disclosed