Rasa - A white US Navy veteran arrested for shooting two technology engineers from India and another man at a restaurant in Kansas reportedly thought he had killed some "Iranian people." 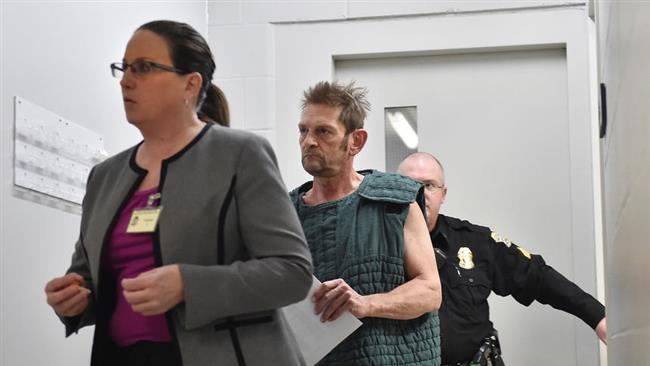 RNA - The suspect, 51-year-old Adam Purinton, made his first appearance in court on Monday via video conference.

According to witnesses, Purinton shouted “get out of my country” at the two Indian men, Srinivas Kuchibhotla and Alok Madasani, both 32, before he opened fire at them in Austin's Bar and Grill.

Kuchibhotla was killed and Madasani survived his injuries. A third person, 24-year-old Ian Grillot, was also wounded when he tried to intervene.

After the attack, the suspect drove 70 miles away to Clinton, Missouri, and allegedly told an Applebee restaurant worker what he had done and that he was looking for a place to hide.

According to a recording of a 911 call, the Applebee’s employee warned police not to approach the restaurant with sirens or the man would “freak out.”

“He asked if he could stay with me and my husband, and he wouldn't tell me what he did. I kept asking him, and he said that he would tell me if I agreed to let him stay with me,” the barmaid said. “Well, I finally got him to tell me and he said, like, that he shot and killed two Iranian people in Olathe.”

The racially-motivated shooting has raised fresh concerns about the treatment of immigrants, who have been targeted by President Donald Trump’s promises to ban travelers from seven Muslim countries and build a wall along the border with Mexico.

White House spokesman Sean Spicer said Friday it would be “absurd” to blame the attack on the president’s rhetoric.

Tags: US Iran India
Short Link rasanews.ir/201nH8
Share
0
Please type in your comments in English.
The comments that contain insults or libel to individuals, ethnicities, or contradictions with the laws of the country and religious teachings will not be disclosed