Rasa - Residents of the Yemeni city of Al Hodaida took to the streets to protest against war crimes committed during the Saudi-led military operation, local media reported. 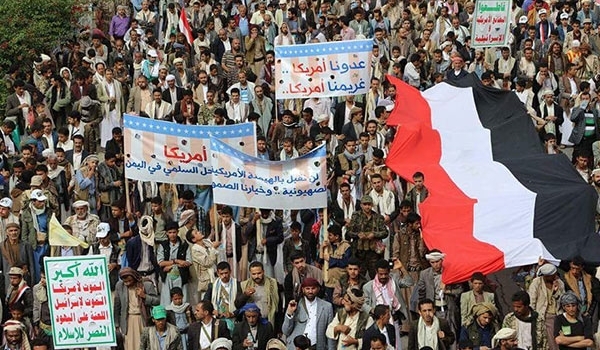 The protesters in Hodaida condemned the war crimes against the civilians in Yemen and called for mobilizing troops to face the coalition’s forces.

Among those who attended the rally were chairman of the Supreme Revolutionary Committee Mohammed Ail al-Houthi and the secretary general of the local council, Ali al-Qawzi, the media added.

Tags: Yemen Saudi
Short Link rasanews.ir/201nH7
Share
0
Please type in your comments in English.
The comments that contain insults or libel to individuals, ethnicities, or contradictions with the laws of the country and religious teachings will not be disclosed