US seeks to impose its will on UNHRC

Rasa - Human Rights Watch has slammed the US for probable withdrawal from the United Nations Human Rights Council (UNHRC) over what Washington calls the council’s biased attitude toward Israel. 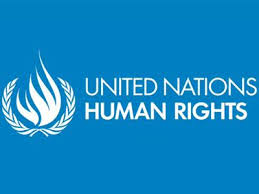 RNA - An international human rights lawyer believes the United States’ potential move to withdraw from the UNHRC is aimed at imposing President Donald Trump’s will on the council and “bullying” it.

“So this is an attempt to force Trump’s own views on an international body and also I suppose an attempt to delegitimize it but in fact it is going to backlash and show that the United States is not a responsible international partner,” Edward Corrigan told Press TV in an interview on Monday.

He also argued if people think that they can bully the Human Rights Council, then it will become a “useless” international body which would be terrible for the world.

The activist further highlighted the fact that all human rights organizations in the world have condemned Israel’s treatment of the Palestinians in the occupied territories.

However, he said, the United States is “completely deaf” when it comes to Palestinians human rights.

Corrigan also opined that Israel’s refusal to issue visas for Human Rights Watch (HRW) staff was a "very bad step", arguing that it sets a bad example for other countries that are dealing with human rights abuses as well.

The activist concluded by saying that the United States should address the issues rather than withdraw from the Human Rights Council, asserting that such move is a big mistake and will show Washington in a bad light.

Tags: UNHRC US
Short Link rasanews.ir/201nH1
Share
0
Please type in your comments in English.
The comments that contain insults or libel to individuals, ethnicities, or contradictions with the laws of the country and religious teachings will not be disclosed