Rasa - Israeli forces have shot and injured a Palestinian woman for allegedly attempting a stabbing attack at a checkpoint in the occupied West Bank. 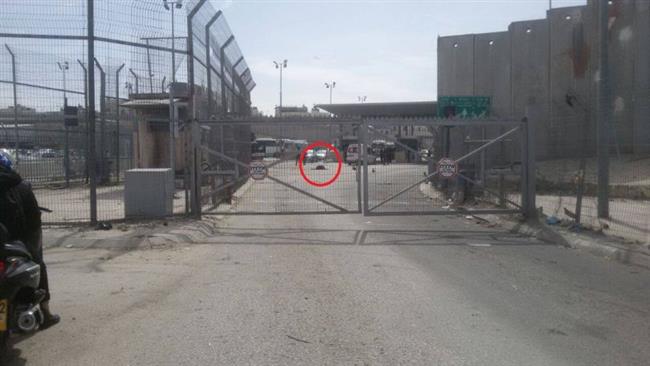 RNA - Police spokeswoman Luba Samri claimed in a statement that the unnamed 30-year-old woman walked towards Israeli troopers at the Qalandiya checkpoint on Monday, using the vehicle-only lane.

Samri added that the woman was "all the time clutching her handbag in a way that made them suspicious,” prompting Israeli forces to open fire.

She said that the victim was lightly wounded in the shooting, without providing any information as whether there were any suspect data-x-items in the Palestinian woman’s handbag.

The occupied Palestinian territories have witnessed fresh tensions ever since Israel imposed restrictions on the entry of Palestinian worshipers into the al-Aqsa Mosque compound in East Jerusalem al-Quds in August 2015.

Nearly 280 Palestinians have lost their lives at the hands of Israeli forces since the beginning of October that year. A total of 41 Israelis have died as well.

Tags: Palestinian Israel Palestin
Short Link rasanews.ir/201nGx
Share
0
Please type in your comments in English.
The comments that contain insults or libel to individuals, ethnicities, or contradictions with the laws of the country and religious teachings will not be disclosed