Rasa - Senior Advisor to the Iranian Parliament Speaker Hossein Amir Abdollahian lashed out at the UN for keeping mum and remaining inactive against the crimes committed by the terrorist groups in Syria. 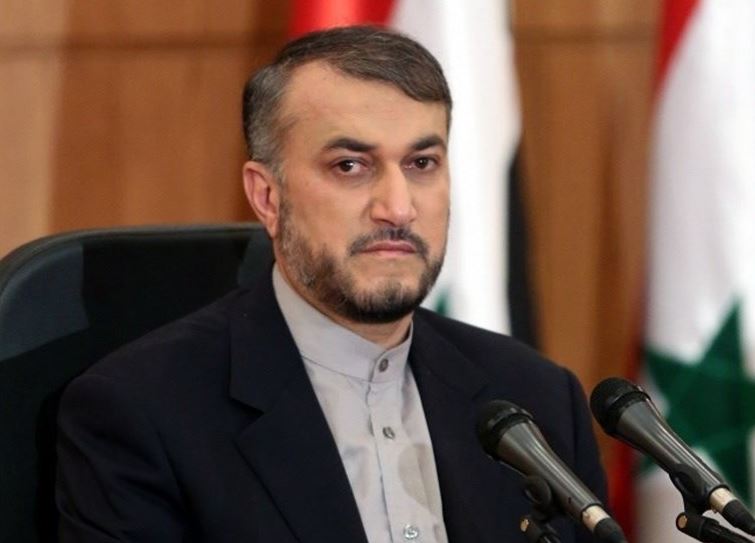 RNA - "The UN has adopted no positive measure to prevent the terrorist groups' crimes in Syria," Amir Abdollahian said in a meeting with senior Syrian legislator Hussein Raqib al-Hussein in Tehran on Monday.

He also voiced regret over increased attacks against defenseless civilians, specially women and children, in the two besieged towns of Fua'a and Kafraya in Idlib, and underscored Iran's serious determination to continue assistance to Syria's campaign against the terrorist groups.

"The Islamic Republic of Iran's government and parliament supports establishment of peace, stability and annihilation of the Takfiri terrorist groups in the region," Amir Abdollahian said.

His remarks came one day after Raqib al-Hussein requested Iran to increase its assistance to the Damascus army and government to end the terrorists' several-year-long siege of the two towns of Fua'a and Kafraya.

Raqib al-Hussein made the remarks in a meeting with Iranian Deputy Foreign Minister for Arab and African Affairs Hossein Jaberi Ansari in Tehran on Sunday.

During the meeting, he stressed the need for the UN and human rights organizations' serious attention to the dire situation of the Syrian people in Fua'a and Kafraya, and urged Iran to make its best efforts to break the siege on the two towns and send humanitarian aid to their residents.

Jaberi Ansari, for his part, underlined Tehran's consultations with different regional and international sides on the Syrian issue, and said, "The case with Fua'a and Kafraya is being pursued by the Islamic Republic of Iran as a priority in political consultations related to the crisis in Syria."

Terrorists have been targeting non-military areas in Fua'a and Kafraya with hundreds of missiles and mortar shells in the last several years, killing and wounding hundreds of civilians, including women and children.

Many residents of Fua'a and Kafraya, specially children, are suffering infectious diseases, including shingles disease, with no access to drugs to treat or even soothe their pains.

Tags: Hossein Amir Abdollahian Iran UN Syria
Short Link rasanews.ir/201nGr
Share
0
Please type in your comments in English.
The comments that contain insults or libel to individuals, ethnicities, or contradictions with the laws of the country and religious teachings will not be disclosed